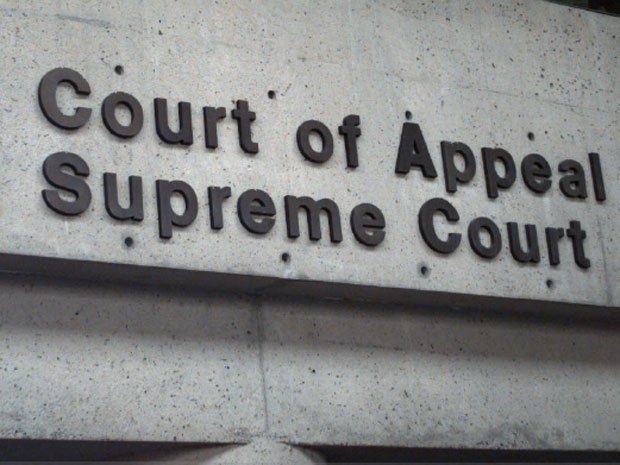 The careers of three top judges including the Presiding Justice of the Court of Appeal, Ilorin division, Justice Mohammed Ladan Tsamiya and the Chief Judge of Enugu State, Justice I. A. Umezulike,are hanging by a thread.

The National Judicial Council (NJC) has recommended their compulsory retirement ,and the dismissal of a third – Justice Kabiru M. Auta of the High Court of Justice, Kano State with immediate effect -for official misconduct.

Auta is also to be handed over to the Assistant Inspector-General of Police, Zone 1, Kano State, for prosecution.

The acting Director (Information) of NJC ,Mr. Soji Oye, broke the news in a statement yesterday.

Tsamiya is said to have abused his office after,according to the NJC,he accepted bribe in respect of a 2015 election case pending before an appeal panel in which he was a member.

The council indicted Umezulike for conducting himself in a manner that conflicted with his position as a judicial officer,while Auta is said to have collected money from a contractor, promising to facilitate the award of a contract to him.

He failed to deliver on his promise.

Oye said the decision was reached at the last NJC meeting held on September 29, 2016.

He said: “ Hon. Justice Mohammed Ladan Tsamiya of the Court of Appeal was recommended for compulsory retirement from office to President Muhammadu Buhari, pursuant to the ‘findings’ by the Council in the petition written by Nnamdi Iro Oji against him and Hon. Justices Husseini Muktar, F. O. Akinbami and J. Y. Tukur, all Justices of Court of Appeal who sat on Election Appeal panel in the Owerri division of the court during the 2015 general elections.

“During deliberations, council found as follows:-

*That there was evidence that the petitioner met with Hon. Justice Mohammed Ladan Tsamiya thrice, in his residence in Sokoto, Gwarinpa, Abuja and Owerri where on each occasion, he demanded from him the sum of N200,000.000 (Two Hundred Million Naira) to influence the Court of Appeal Panel in Owerri or risk losing the case;

*That there was no allegation and no evidence that the petitioner ever met or discussed with Hon. Justices Husseini Mukhtar (JCA), F. O. Akinbami(JCA) and J. Y. Tukur(JCA) in respect of the appeal before them.

“In the light of the foregoing, that Hon. Justices Husseini Mukhtar (JCA), F. O. Akinbami(JCA) and J. Y. Tukur(JCA), were exonerated.

“Hon. Justice I. A. Umezulike, OFR, Chief Judge, Enugu State was recommended to the Governor of Enugu State, Rt. Hon. Ifeanyi Ugwuanyi, for compulsory retirement sequel to the findings by the council on the following allegations levelled against him by Barrister Peter Eze:-

*That the Hon. Chief Judge failed to deliver Judgement in Suit No E/13/2008: Ajogwu V Nigerian Bottling Company Limited in which final Addresses were adopted on 23rd October, 2014.

*That the judgement was however delivered on 9th March, 2015, about 126 days after addresses were adopted, contrary to constitutional provisions that judgement should be delivered within a period of 90 days.

*That Hon. Justice Umezulike, OFR, in suit No E/159M/2014, Ezeuko Vs Probate Registrar, High Court of Enugu State and 3 ors ordered the arrest of Mr. Peter Eze by police and be brought before his court after the matter was amicably resolved and judgement entered on terms of settlement.

*That the Hon. Chief Judge in a speech delivered by him to the Eastern Bar Forum on Friday 4th March, 2016, openly made uncomplimentary remarks containing vulgar language against the petitioner, contrary to Rule 1.3 of the National Judicial Council Revised Code of Conduct for judicial officers.

*That at the time of the book launch of the Hon. Chief Judge, donation of N10 million was made by Prince Arthur Eze during the pendency of the two cases in His Lordship’s Court, both of which Prince Arthur Eze has vested interest.

*That there have been many instances of abuse of judicial powers, by the Chief Judge, particularly against the two defendants in suits Nos. E/6/2013 and E/88/2016.

*That the Chief Judge clung to these two suits to remain in his court, despite all genuine efforts made by the defendants to get the suits transferred to another court.

*That the Chief Judge, sitting at a vantage position of senior judicial officer and Head of Court for that matter, should not have allowed his emotions to dictate his judicial functions to the detriment of the defendants in both suits.

“In the case of Hon. Justice Kabiru Auta of the High Court of Justice, Kano State, he was recommended to the Kano State Governor, Alhaji Abdullahi Umar Ganduje, for dismissal and be handed over to the police for prosecution following the findings of the Council on the allegations levelled against him by Alhaji Kabiru Yakassai as follows:-

*That the petitioner paid the sum of N125, 000.000.00 (one hundred and twenty-five Million Naira) into an account approved by the Hon. Judge.

*That the petitioner also made cash payment of N72,000,000.00 (Seventy-five Million Naira) to Hon. Justice Auta in several instalments through his personal assistant, Abdullahi Bello, ostensibly for the purpose of assisting a former Chief Justice of Nigeria, who had just been appointed, to secure accommodation and for the petitioner to be in turn rewarded by the award of some contracts by the said Hon. Chief Justice of Nigeria.

*That Hon. Justice Auta facilitated telephone communications in his house between the petitioner and purportedly the former Hon. Chief Justice of Nigeria on the other end.

*That Hon. Justice Auta facilitated meetings between the petitioner and a lady who introduced herself as the purported Hon. Chief Justice of Nigeria in a Prado Jeep, escorted by armed Police Officer in a hotel in Kaduna.

*That pursuant to the agreement, Hon. Justice Auta made a part payment of $11, 000.00 (Eleven Thousand U. S. Dollars) and N16,000.000.00 (Sixteen Million Naira) cash to the Petitioner and undertook to pay the balance before the commencement of the Fact Finding Committee set up by the National Judicial Council to investigate the allegations.

*That Hon. Justice Kabiru Auta admitted accepting to pay the money as agreed in AIG’s Office in Kano according to him ‘having suffered humiliation, and incarceration and had nowhere to go for help and in order to protect my image and the image of the judiciary’.

“He however, said that the settlement was for him to pay N35 million and not N95 million and that to that effect, he paid N20 million so far including the $11,000.00; and

“Hon. Justice Kabiru stated in his evidence, that the purpose of the Petitioner visiting his house at times was that as a friend, he used to seek favours for his people who had matters before him, a conduct that is in itself self-indicting and a serious abuse of judicial oath.

“Meanwhile, the National Judicial Council, in the exercise of its disciplinary powers under the 1999 Constitution of the Federal Republic of Nigeria, as amended, has suspended Hon. Justice Mohammed Ladan Tsamiya, Presiding Justice of the Court of Appeal, Ilorin Division, Hon. Justice I. A. Umezulike, OFR, Chief Judge of Enugu State and Hon. Justice Kabiru Auta of Kano State High Court from office with immediate effect, pending the approval of the recommendations of the council for their compulsory retirement and dismissal respectively, from office by the President of the Federal Republic of Nigeria, Muhammadu Buhari, GCFR; Governor Lawrence Ifeanyi Ugwuanyi of Enugu State and Governor Abdullahi Umar Ganduje, OFR, of Kano State, respectively.”

US Salutes Nigerians on Independence Anniversary