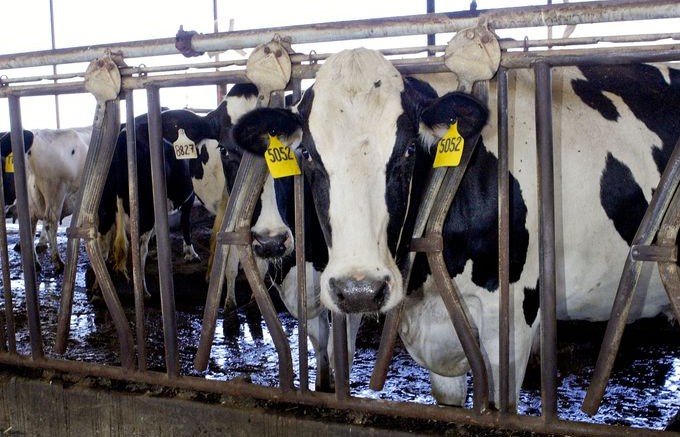 The Minister of Agriculture and Rural Development, Chief Audu Ogbeh, has said cows raised in Nigeria are the worst milk producers in the world.

He said an average cow in the country produces less that one litre of milk per day compared to those from other countries where a cow could produce 100 litres per day.

Ogbeh said this at the 79th anniversary of Ikoyi Club 1938 in Lagos on Thursday.

According to the minister, an average cow in Holland produces a minimum of 50 litres of milk per day, while in the United States, milk production per cow can rise to over 100 litres.

He said moving cows from place to place was a major problem affecting meat and milk production in Nigeria, stressing that the earlier farmers started developing ranches for cows, the better it would be for the cow market and its entire value chain.

The minister also stated that the country accounted for 67 per cent of the world’s yam production, adding that there were more opportunities for Nigeria to grow its share of the market, valued at $12bn, given the over 50 million hectares of land lying fallow in the country.

To give the agricultural sector a major boost, he said the Bank of Agriculture would soon be restructured so that every local government in the country would have at least a two-room branch.

Be the first to comment on "Nigerian Cows, Worst Milk Producers Globally – Ogbeh"

No Nigerian Bank is Undercapitalised – CBN