The MSCI Frontier Markets Index captures large and mid cap representation across 29 frontier markets (FM) countries. And the MSCI Nigeria Indexes were added to the review list for potential reclassification to Standalone status in September 2016 due to issues in the foreign exchange market leading to impairment in the ability of institutional investors to repatriate capital.

But on April 21, 2017, the Central Bank of Nigeria (CBN) established the Investors’ and Exporters’ FX Window which aims to improve liquidity in the foreign exchange (FX) market. Market participants have said that since the establishment of this window, funds can be repatriated at close to the official rate. Besides, concerns on the spreads and delays which investors have earlier experienced have also eased.

Apparently pleased by these developments, MSCI last Friday announced its decision to retain the MSCI Nigeria Indexes in the MSCI Frontier Markets Indexes.

MSCI will also no longer apply the special treatment for the MSCI Nigeria Indexes announced on April 29, 2016. More specifically, and as part of the upcoming November 2017 Semi-Annual Index Review , MSCI will implement all index review changes, including changes in the Number of Shares (NOS) and Foreign Inclusion Factors (FIF) that have been postponed since April 29, 2016. These changes will be made for securities classified in Nigeria in the MSCI Nigeria Indexes and in indexes which Nigeria is a component of.

Despite, these positive news, the market closed on a bearish note as the NSE All-Share Index fell 0.34 per cent to close lower at 36,462.26. But the market capitalisation appreciated by 0.20 per cent due to additional listing of shares in Guinness Nigeria Plc.

According to analysts at Meristem Securities Limited, a number of other companies posted results showing remarkable growths in top-line and bottom-line, however, sell sentiments towards bellwether stocks in the industrial and consumer goods sectors drove the market to a negative close.

“In the coming week, we expect an upturn in the market mood as we expect investors to take advantage of the significant losses recorded by certain heavyweights,” the analysts said.

Trading at the stock market resumed on a negative note on Monday as profit taking persisted causing the NSE ASI to close 0.48 per cent lower at 36,411.73. Similarly, the market capitalisation depreciated by same margin to be at N12.53 trillion.

Losses recorded by Zenith Bank, ETI, Nigerian Breweries, Lafarge Africa, and Transcorp propelled the decline. However, the value of stocks traded on the first day of the trading went up by 43.4 per cent as invested staked N2.70 billion on 253.53 million shares in 3,609 deals.

However, on the second trading day, the market rebounded as investors reacted to more impressive results released by companies. The benchmark index rose by 0.33 per cent to close at 36,531.62, just as the market capitalisation of the exchange added N41.2 billion to close higher at N12.6 trillion. The positive performance was broadly driven by gains in Nigerian Breweries (+2.6 per cent), Zenith Bank (+0.8 per cent) and Dangote Sugar Refinery Plc (+2.8 per cent).

Two sectors trended northwards, two closed in the red , while one was flat. The NSE Consumer Goods Index recorded the gainers with 1.2 per cent led gainers, rising by 1.2 per cent following price appreciation in Nigerian Breweries (+2.6 per cent) and Dangote Sugar (+2.8 per cent). The NSE Banking Index trailed with 0.06 per cent due to upticks in Zenith Bank (+0.8 per cent) and Access Bank (+1.3 per cent). Conversely, the NSE Insurance Index closed 0.6 per cent, just as the NSE Industrial Goods I shed 0.2 per cent.

The market rose further on Wednesday with the index appreciating by 0.33 per cent to close at 36,531.62. Similarly, market capitalisation added N100.3 billion to close at N12.57 trillion. The appreciation recorded in the share prices of Access Bank, UBA, Nigerian Breweries, Zenith Bank, and FBN Holdings was mainly responsible for the gain recorded on third day of trading.

The bull run was halted on Thursday as another round of profit taking set in, cutting the index by 0.29 per cent to close at 36,517.48. Losses suffered by Nigerian Breweries, GTBank, UBA, PZ Cussons, and Diamond Bank were mainly responsible for the decline.

The market maintained the downward on Friday with a fall of 0.15 per cent to close the week lower at 36,462.26. The depreciation recorded in the share prices of Total, Unilever, UBA, Access Bank, and Guinness was mainly responsible for the loss recorded in the index.

The Financial Services Industry remained the most active, leading with 1.116 billion shares valued at N10.153 billion traded in 9,942 deals, thus contributing 80.05 per cent and 61.90 per cent to the total equity turnover volume and value respectively.

Trading in the top three equities namely – United Bank for Africa Plc, Access Bank Plc and FBN Holdings Plc, accounted for 515.058 million shares worth N4.458 billion in 3,088 deals, contributing 36.95 per cent and 27.17 per cent to the total equity turnover volume and value respectively. 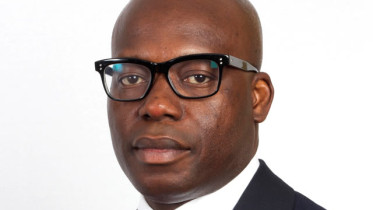 Take Over Operation of OML 11 From Shell, Buhari Orders NNPC