The series of changes implemented by the federal government to reduce leakages and boost revenue generation have started crystalizing as the revenue from Value Added Tax surged to a record high in 10 months.

According to the Minister of Finance, Mrs. Kemi Adeosun, revenue inflow from Value Added Tax (VAT) rose to N797 billion between January and October 2017.

The minister who released the details on Tuesday in Abuja, also noted that the highest VAT revenue was achieved in September when N86.71 billion VAT revenue was recorded.

Similarly, the sums of N84.67 billion and N83.315 billion were recorded in the month of May and October, respectively.

However, March experienced the lowest VAT revenue of N69.20 billion.

The minister reaffirmed government’s commitment to growing the tax revenue base in order to further stimulate economic growth.

She said, “Revenue mobilisation is key to national growth and critical to the success of Nigeria’s economic reform agenda. We have an unacceptably low level of non-oil revenue and much of that is driven by a failure to collect tax revenues.

“With a tax to Gross Domestic Product ratio of only six percent, which is one of the lowest levels in the world, we have a lot of work to do if we are going to build a sustainable revenue base that will deliver inclusive growth. Improving VAT and other tax collections is key to Nigeria’s revenue strategy.”

The current VAT framework allows the Federal Government to get 15 percent of the total VAT revenue, while states and local governments receive 50 percent and 35 percent, respectively.

The minister assured that the Federal Government would continue to collaborate with the right authorities to grow the non-oil revenue base, this includes raising the VAT revenue to N100 billion a month.

Nigeria jumped to 145th position on the World Bank’s Ease of Doing Business ranking, up from 169 of 190 listed countries. 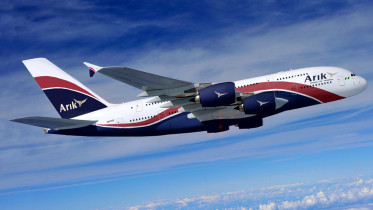 CBN Plans Dollar auction to Airlines, Importers The Central Bank of Nigeria is planning to auction an undisclosed amount of dollars through book building to…

Pipeline Vandalism Rises by 42.9% in One Month