The Nigerian Civil Aviation Authority has declared the report of an alleged burglary attempt on the cargo hold of Air Peace on the Runway 18R of the Murtala Muhammed Airport, Lagos as untrue.

But the airline said that the NCAA’s report was a lazy and shoddy job.

In a statement signed by its General Manager, Public Relations, Mr. Sam Adurogboye, the agency said the conclusion was arrived at after it reviewed all the reports from the relevant agencies concerning the incident and found them unproven.

An Air Peace pilot had on Thursday evening aborted a flight to Abuja and alerted the Lagos control tower that the aircraft’s cargo compartment had been opened.

The pilot said he noticed that the cargo compartment light came on for 15 seconds and went off, meaning that someone had opened the compartment’s door.

The NCAA said, “In line with Standard and Recommended Practices, aviation security personnel were at the holding point of the Runway 18R monitoring the departure and take-off of both Air Peace and Arik Air aircraft. The pilot’s alarm triggered an immediate response and the escort team overtook the Arik aircraft queued behind Air Peace for a more proximate field look and access to the Air Peace aircraft.

“On full speed, with the full lights on, no person was found within the vicinity of the aircraft. Importantly, the Arik aircraft, which was in queue immediately after the Air Peace aircraft, was similarly put on observation at this point.”

The NCAA said following the alarm raise by the pilot, passengers were asked to disembark and the aircraft was searched and declared safe for the Abuja-bound flight.

“Against this background, the Nigerian Civil Aviation Authority came to the conclusion that the Runway 18R burglary report is unproven, largely unsubstantiated and therefore should be discountenanced,” the agency said.

The Corporate Communications Manager of Air Peace, Mr. Chris Iwarah, however said that the NCAA’s report was a lazy and shoddy job. 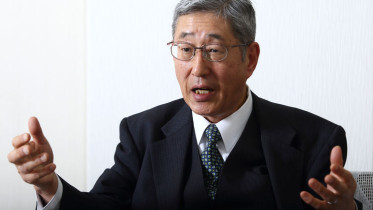