He assured shareholders that the company’s business diversification ventures were on track noting that NAHCO Free Trade Zone has moved to the second phase of its development.

He noted that despite the tough operating environment, the company has been able to improve on its profitability, which enables it to increase dividend to shareholders.

He pointed out that the company started the current business year on a strong footing citing the first quarter 2018 results which showed improvements in key indicators.

According to him, besides new acquisitions and the facility upgrade undertaken in the export warehouse to facilitate export of perishables and other goods, there has been huge improvement in the services of the company across the country to the delight of the airlines.

He assured shareholders that the company’s subsidiaries should begin to contribute significantly to the company’s performance in 2018 and beyond.

Yakubu added that the launching of the Nigeria Air will provide an opportunity to increase the revenue of Nahco, noting that the group’s diversification and pan-Africanisation plans would be revisited later in the year.

The meeting confirmed the appointment of Engr Mohammed Umar and Mr Akinwunmi Fanimokun as non-executive directors of the company. The two new non-executive directors represent the interest of, Godsmart Nigeria Limited, which recently purchased 16.7 per cent equity stake in the company through acquisition of shares from some divesting shareholders through the NSE. With 16.7 per cent equity stake, Godsmart Nigeria Limited is the single largest shareholder in the ground handling company.

Shareholders who spoke at the meeting commended the increase in dividend payout noting that Nahco has shown resilience despite macroeconomic challenges.

Representative of the Independent Shareholders Association of Nigeria (ISAN), Mr. Moses Igbrude noted that within a short period, the chairman and the new managing director have been able to stabilise the company and place it on the diversification trajectory.

President, Progressive Shareholders Association of Nigeria (PSAN), Mr. Boniface Okezie, urged the board and management of the company to renew the company’s diversification drive as well as strengthening its subsidiaries to further boost performance.

President, Association for the Advancement of Rights of Nigerian Shareholders (AARNS), Dr Faruk Umar commended the new managing director for his efforts on the free trade zone diversification.

Shareholders at the meeting approved 13.6 per cent increase in dividend payout to N406 million, representing a dividend per share of 25 kobo for the 2017 business year as against 22 kobo paid for the previous year. 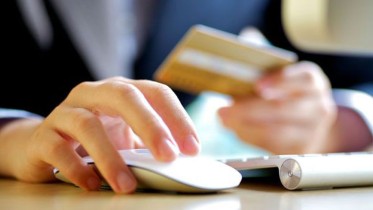 ‘CBN Under Emefiele Has Been Friendly to Farmers’