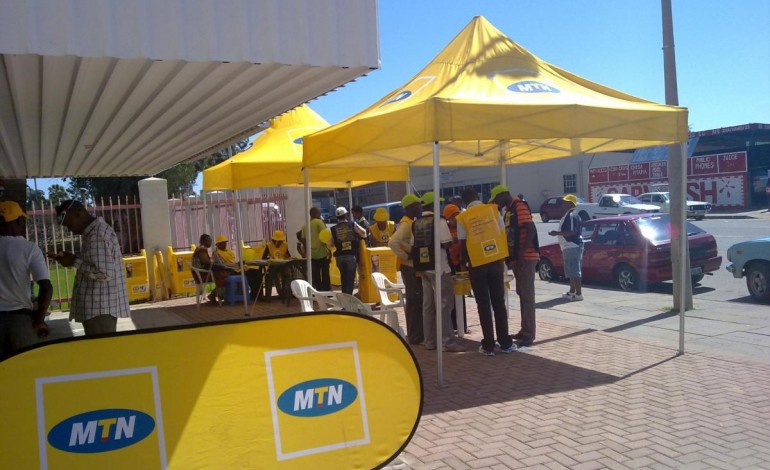 The organised labour yesterday picketed MTN Lagos office and did same simultaneously across the country. It said it is in protest against the telco’s alleged anti-workers policies.

Nigeria’s largest carrier was accused of casualising workers, non-unionisation of workers and homophobic behaviour to the Nigerian workers aside other anti-labour practices.

National President of NLC, Ayuba Wabba who led the campaign, said 80 per cent of workers in the telco are casual despite its being the biggest telecoms firm in Africa.

Wabba said MTN is the worst employer of labour as it has violated all labour laws in the country. “No right to associate, no right to have union, social protection denied workers as it hires and fires almost after three months and after series of letters written to them which they disregard,we have no choice but to protest,” he said.

He said the protest will not stop until workers exploitation by the firm stops because casualisation of workers can’t be tolerated in South Africa, Ghana and other countries where MTN operates despite.

“We have engaged them severally in the past and if you can remember,we picketed them in Abuja on October 7 which was the decent work day and after meetings held,they still went ahead to do what they used to do. They are capitalist,not ready for dialogue as workers are treated as slaves,without benefit of employment.

“No respect for our laws and since they don’t respect our laws,they don’t deserve to be respected and we will continue to challenge them until decency of workers is achieved.

“We must say no to the exploitation of the country by them through their illegal charges and non declaration of tax where they are milking the country dry,”he said.

But MTN has denied any wrong doing. It lamented the attack and destruction of property that followed the action.

Its Corporate Relations Executive, Tobechukwu Okigbo, said: “Today’s violence and the needless destruction of property is deeply saddening. As always our primary concern is the safety and well-being of our employees, some of whom were attacked by supposed NLC operatives and have sustained injuries.

“We do not prevent our employees from associating amongst themselves as they deem fit and owe our employees the obligation to ensure they are not compelled to join associations. MTN supports the freedom of association as enshrined in the Nigerian Constitution.

“All workers have rights that should be protected. We work hard to not only ensure that this is done but also to ensure that our company is a Great Place to Work. We will continue to champion our peoples’ rights, whether they are part of a union or not and work hard to minimise disruptions in service to our customers.”

Also, the umbrella body of telcos, the Association of Licensed Telecoms Companies of Nigeria (ALTON), called for caution. It warned against further vandalism of telecoms infrastructure as that would compromise national security.

Its Chairman, Gbenga Adebayo said: “Damage to any telecom facilities will lead to the disruption of critical national security and economic services which will expose innocent citizens to great danger.

“Attempts have been made to disrupt the network operations of some of our members through the shut down and vandalisation of critical network facilities. The implication of such disruption will lead to severe poor quality of services with attendant national security implications and far reaching implications on other services that are dependent on the telecommunications industry.

“We hereby strongly request government and its law enforcement agencies to intervene expeditiously, otherwise we will advise our members to consider preventive shut down in order to avoid further damage to network facilities.

“We trust parties will respect each other’s constitutional rights in the interest of our nation Nigeria.”

Microsoft to Buy GitHub for $7.5bn

The Ministry of Communications and Digital Economy under the management of Dr. Isa Pantami, has implored all the federal government parastatals to promote and safeguard the country’s digital economy initiative.

Dr. Isa Pantami, while presenting the keynote address in a virtual forum organised by the Association of Telecoms Companies of Nigeria (ATCON),  said based on the negative effects of COVID-19 pandemic, the demand for critical data infrastructure and broadband is now high.

The minister urged government parastatals to put in effort to uphold and promote government’s digital economy initiative designed to reduce the effect of the pandemic on the nation. He also disclosed that the interests of all Nigerians would also be protected by the government.

“Federal government will continue to develop its digital economy policy for a digital Nigeria. Both the Nigerian Communications Commission (NCC) and the National Information Technology Development Agency (NITDA) that are under the supervision of my ministry, now have special departments that promotes digital economy initiative and I urge them and all other parastatals under my supervision, to ensure that they promote the digital economy initiative of the federal government in order to maintain investor’s confidence and to protect the interest of Nigerians, especially telecoms consumers.

“Government on its part will ensure that the interests of telecoms companies and the interest of Nigerians are protected. Government is currently addressing the challenges in the cost of investments such as the issue of vandalisation of telecoms infrastructure, and President Muhammadu Buhari has officially directed all security institutes, through the Office of the National Security Adviser (ONSA), to protect telecoms investments in the country,” Pantami said.

The Executive Vice Chairman of NCC, Prof. Umar Garba Danbatta, when making his presentation said “The COVID-19 pandemic rapidly and sharply ravaged the globe, Nigeria is no exception. Governments therefore, faced unprecedented challenges from COVID-19 pandemic. The impact affects most sectors of the global economy, ranging from health, to education, to finance, to trade and investment.”

While explaining the Commission’s efforts at resolving consumer-related issues, Danbatta noted that less than 500,000 people activated Do-Not-Disturb (DND) code as at 2015 when the code was introduced by the Commission but presently, over 22,722,366 people line on the code.

He also made it known that the commission has resolved 98 per cent of service-related complaints received from telecoms consumers from January 2019 to April 2020.

according to Danbatta “the Commission has monthly engagements with operators as well as quarterly industry working group on Quality of Service and Short Codes, and is currently monitoring 2G Key Performance Indicators, while the KPIs for 4G are being prepared.” 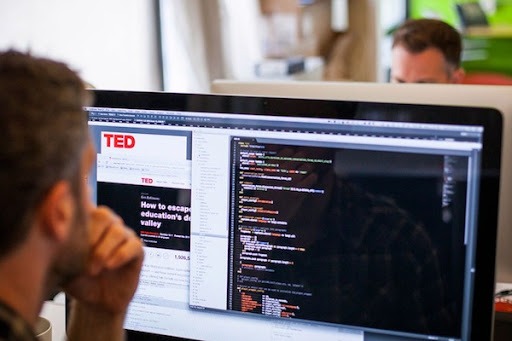 Union Bank of Nigeria Plc and Awarri, a pan-African technology company, has announced the commencement of the ‘Next Robotics Legend’ initiative.

The training program organised through the banks’ education platform, Edu360, will train students between 11 and 16 years of age in Artificial Intelligence and Robotics.

Union Bank said the training is in line with its mission to boost education in Nigeria through its Edu360 platform, saying the Next Robotics Legend initiative would identify and nurture young innovators necessary to address some of the challenges confronting the nation and the world at large.

According to the bank, entry for the initiative will start on August 7th, 2020 and closed on August 21st, 2020. Parents and guardians of qualified students are, therefore, advised to register their children on Edu360 website as soon as possible.

It added that the top 25 entries will participate in the intensive 3-month training programme and each of the participants will receive a tablet with preloaded information; a MekaMon, a robot, which offers an unparalleled education experience in advanced robotics as well as access to seasoned tutors for the programme duration.

Participants are required to identify a need in their community, and apply the skills learnt to provide a solution to societal need at the end of the free training programme. Admission for a mentorship program with Awarri awaits the student with the best solution.

Ogochukwu Ekezie- Ekaidem, the Head, Corporate Communications and Marketing at Union Bank, when speaking on the Bank’s partnership with Awarri said, “Edu360 is excited to work with Awarri on this initiative because this links three areas that we are passionate about – Education, Innovation and Talent Development.

“Our focus on these three areas stems from the realisation that they are crucial in driving development and sustainable impact in Nigeria.” 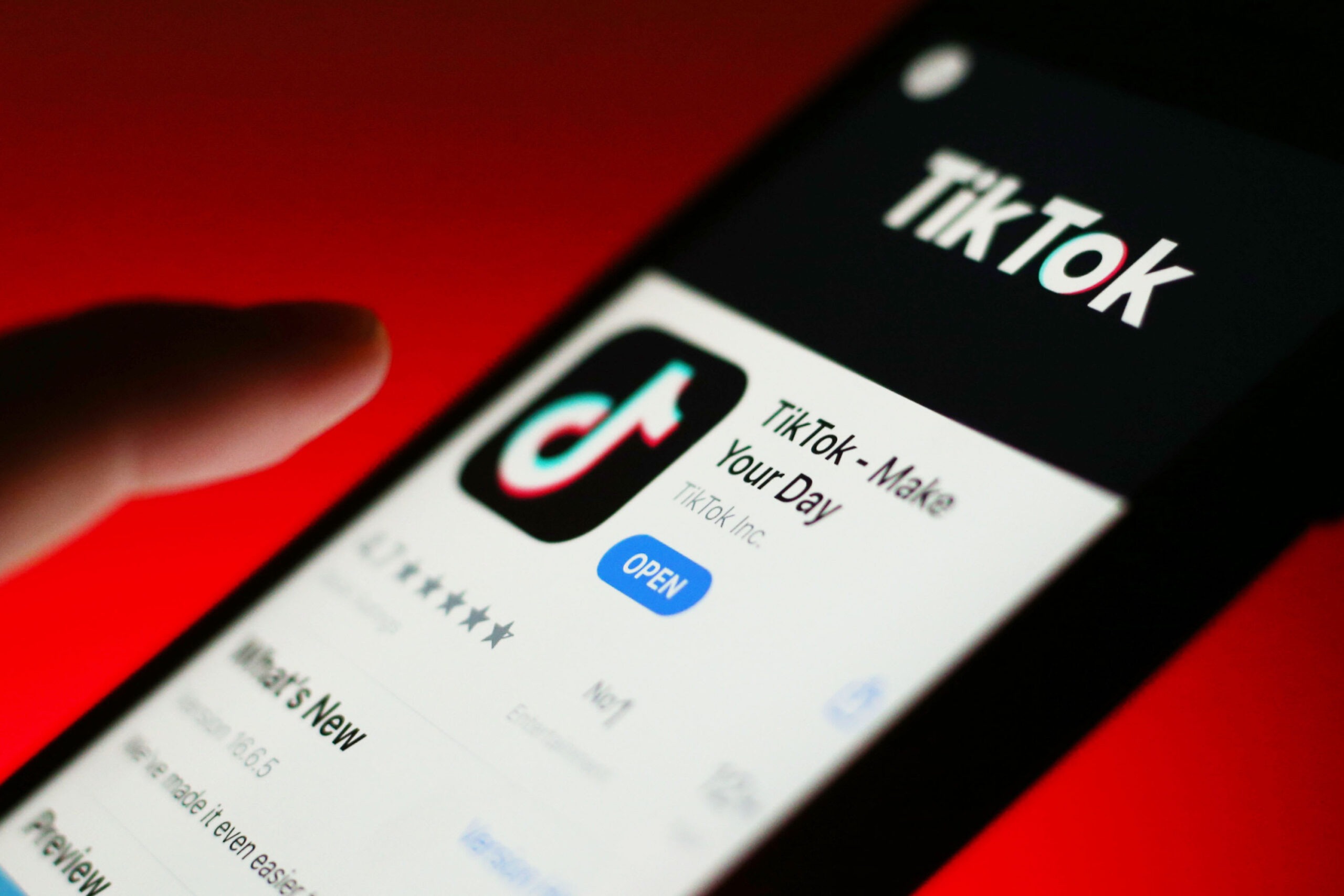 Following President Trump’s decision to end TikTok reign in the United States and protect the American people against an ‘unusual or extraordinary threat,’ Twitter has approached ByteDance, the Chinese company that owns TikTok to discuss possible merger or acquisition, according to a Wall Street Journal report on Saturday.

President Trump had signed an executive order on Thursday under the International Emergency Economic Powers Act, a law that allows the president to regulate international commerce in an unusual or extraordinary threat.

Last week, Trump had given TikTok 45 days to sell off its US operations to an American company or face a complete exit from the world’s largest market. Also, American companies are warned to stop doing business with the Chinese video app and other Chinese owned social media companies like WeChat, saying it “threaten the national security, foreign policy, and economy of the United States.”

The threat has led to American companies approaching the Chinese short video app for complete acquisition of North American operations.

Microsoft had announced last week that it was in talks with the company to acquire its US, Canada, Australia and New Zealand operations. On Thursday, Financial Times reported that Microsoft has expanded discussions to TikTok entire operations.

However, on Saturday the Wall Street Journal reported that Twitter is in preliminary discussions for a merger with TikTok. A move that would likely allow Twitter to manage the company’s North American operations in line with Trump’s demand.

Trump had accused Chinese owned companies of working with the Chinese government to access American key data and expose the world’s largest economy to security threats. An accusation the companies have denied over and over again.

While it is uncertain how Twitter plans to raise the money for the acquisition or merger, it would be a herculean task given the company’s present financial position when compared with Microsoft.