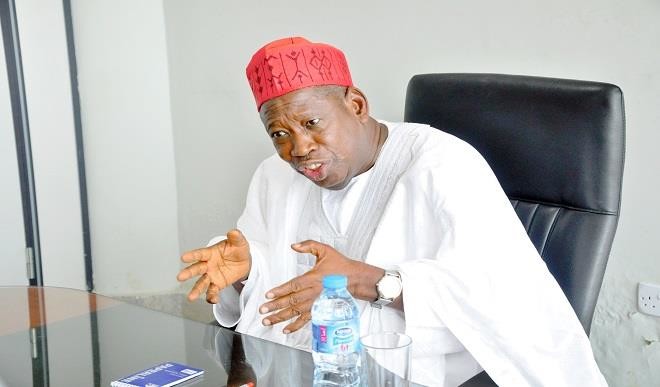 Kano State House of Assembly on Thursday set up a committee to investigate allegations of bribery involving the State Governor, Umar Abdullahi Ganduje.

An online newspaper, DailyNigerian.com, had published a video showing the governor receiving several bundles of U.S. dollar and tucking some in his babbarriga.

DailyNigerian.com further stated that the money was a kickback from a contract approved by the governor.

The Governor has since refuted the allegations, saying the video was doctored and vowed to sue newspaper and its publisher.

Jafar Jafar, DailyNigerian.com’s publisher, who had been in hiding since the video was first published emerged today at the Kano State Assembly, to meet school children protesting.

One of the placards, carried by the kids said, ‘Jafar, your video will not stop us from voting Ganduje’.

Be the first to comment on "Kano Assembly to Probe Ganduje"