Investors oversubscribed for Ghana’s $3 billion Eurobond offered on Tuesday, according to a government official.

Finance Minister, Ken Ofori-Atta, during a Bloomberg interview, said the bids received were six times more than the amount offered, putting sale’s order book at about $20 billion. Another indication that appetite for risky assets remained strong.

Global investors are looking into emerging markets for profits amid uncertainties in developed economies regarding rate increase and policies.

The Federal Reserve has declared its plan to reduce the pace of rate increase, while the European Union has added to its stimulus due to slower than expected growth rate. In the Uk, the story is not different, Brexit continued to impact investors’ decision as parliament pushes for a better exit deal from the European Union.

Still, some emerging economies will struggle to attract substantial foreign direct investment due to local politics and poor economic fundamentals.

Growth in Nigeria and South Africa remained questionable in recent months and FDI to both nations have dropped due to government policies.

Ghana, however, is one of the few emerging economies taking advantage of growing uncertainties in some of the world’s largest economies to raise fund for economic growth.

The bonds were sold in a three-part deal with average maturities of 7, 12 and 31 years.

The shortest tranche was priced to yield 7.875 percent, after initial guidance of around 8 percent to 8.5 percent. The other tranches were priced at 8.125 percent and 8.95 percent, respectively.

So far this year, issuance has risen to $463 billion, according to Bloomberg’s league tables. 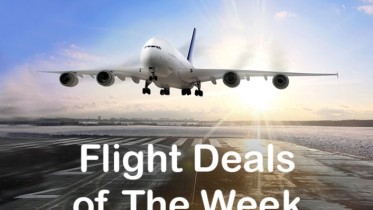 Wakanow Set to Launch Commercial Operation in UK One of Nigeria’s online travel companies, Wakanow has announced plans to formally launch commercial operations in the…