Indonesia, an emerging economy in South East Asia, has indicated interest to purchase more crude oil from the country, the Nigerian National Petroleum Corporation has said.

The Indonesian Ambassador to Nigeria, Mr. Harry Purwanto, who stated this in Abuja when he paid a courtesy visit to the Group Managing Director, NNPC, Dr. Maikanti Baru, explained that his country’s President, Joko Widodo, had instructed the national oil company, Pertamina, to direct its attention to Nigeria in its quest to meet the nation’s energy needs.

The call by the ambassador signifies the prospects of soaring Nigeria’s market share in Asia’s emerging economies, including China and India, having lost grounds in crude oil sales to the United State of America due to advances in shale oil exploration in recent years, the NNPC said in a statement issued by its spokesperson, Mr. Ndu Ughamadu, in Abuja on Wednesday.

The corporation stated that although Indonesia was producing 900,000 barrels of crude oil per day, it was supplementing the 1.4 million barrels per day consumption with 18 per cent supplies from Nigeria and 28 per cent from Saudi Arabia.

Baru, who welcomed the development, said the corporation was interested in working with Indonesia on its initiative to replace firewood and kerosene with Liquefied Petroleum Gas as the primary domestic fuel for cooking.

The GMD said the corporation was aware of the huge success of the kerosene substitution programme in Indonesia and would like a collaboration to help Nigeria achieve a similar feat.

He stated that the NNPC would also like to work with Indonesia in the area of bio-fuel production to diversify the nation’s energy mix and meet its energy needs.

Baru challenged Indonesia to consider participating in the forthcoming bid round in order to realise its aspiration of maintaining a presence in the Nigerian oil and gas sector.

The ambassador stated that his country looked forward to lifting crude oil directly from Nigeria, rather than through a third-party as was currently the case.

Be the first to comment on "Indonesia Seeks More Nigerian Crude, says NNPC" 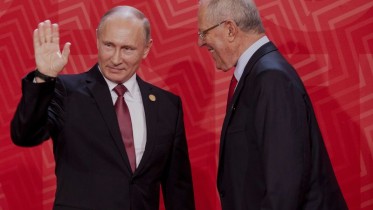