The Minister of Finance, Mrs. Kemi Adeosun, has said that the International Monetary Fund is not worried about Nigeria’s debt profile.

Adeosun said that the country had enough capacity to repay its debt obligations estimated at N21.7tn.

She explained that the government was not worried about the country’s rising debt profile as the debt to Gross Domestic Product ratio was still low compared to other countries.

The minister explained that at 20 per cent, Nigeria’s debt to GDP ratio was one of the lowest in sub-Saharan Africa compared to Ghana’s 68 per cent and Ethiopia’s 50 per cent.

She said Nigeria’s debt to GDP ratio was far lower than a country like China whose debt to GDP was at 250 per cent.

Adeosun stated, “I have said this before and I am saying it again, there is no cause for worry. Nigeria’s debt to GDP ratio is 20 per cent and it is one of the lowest in sub-Saharan Africa.

“We are pursuing a very measured strategy. We are running a budget deficit; the size of that deficit is coming down now. Nigeria is not among the countries that the IMF is worried about. We do have a challenge on debt service to revenue. That is because the interest cost is quite high and that is a function of two things.

She said that as of this time last year, the Federal Government was borrowing at an average cost of 18 per cent, adding that currently, it had reduced to 13 per cent.

The minister added that the Federal Government was working very hard on the country’s debt service cost and revenue collection.

She said rather than worrying now, Nigerians should have expressed concern about the country’s debt profile when the indebtedness doubled in the period of high oil prices and gross capital formation did not grow.

Adeosun stated that unlike in the past when funds were borrowed for no specific reasons, the government was now tying the debt to capital projects, noting that this accounted for the various infrastructure projects being implemented across the country.

She said, “Those roads and rails will be here for the next 30 years; so, you are matching long-term assets and long-term liabilities.

“So, there is no cause for alarm as far as Nigeria is concerned. We are using a well-managed and very conservative debt strategy, and we will continue to be very focused on concessional borrowing.”

NNPC to Explore for Crude in Gulf of Guinea

Be the first to comment on "IMF Not Worried About Nigeria’s Debt, Says Adeosun" 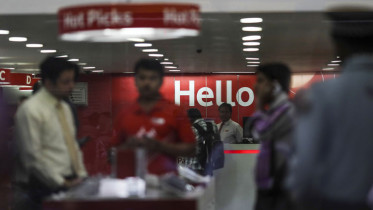