The Independent Corrupt Practices and Other Related Offences Commission says it has discovered N9.8bn belonging to the Federal Government which was hidden in Aso Savings and Loans Plc.

The ICPC said in a statement by its spokesperson, Mrs Rasheedat Okoduwa, that the money which was realised from the sale of government assets was deposited in Aso Savings and Loans Plc instead of the federal treasury.

The commission said the Managing Director of the bank, Mr Kunle Adedigba, had been invited and interrogated.

The anti-graft agency said the bank claimed that it did not have enough funds and was willing to hand over some of its properties to the Federal Government.

“The ICPC received a petition on the work of the committee and commenced investigation, in the course of which it unearthed the fact that the sum of N9.8bn realised by the committee between 2010 and 2014 from the sale of government properties which was deposited in Aso Savings and Loans Plc., was not remitted to the federal treasury by the financial institution rather, it was used.

“Amongst the several officials invited for investigation, the current Managing Director of Aso Savings and Loans, revealed that the bank is currently experiencing paucity of funds, therefore, it is willing to swap some of its properties located in Abuja and Lagos in exchange for the unremitted funds.”

The anti-graft agency said it was committed to the recovery of the full value of the unremitted N9.8bn by taking the properties offered in lieu for the government, subject to satisfactory valuation by the Ministry of Power, Works and Housing.

It said upon the conclusion of the investigation, anyone found in breach of the law would be brought to book accordingly.

In a related development, further investigation of the ad hoc committee’s work also uncovered that some persons who were allocated government properties made only part payments.

“This fact led the ICPC to recover the sum of N20, 662,250 from the affected persons in bank drafts which it handed over to the chairman of the ad hoc committee between December 2017 and May 2018,” the statement added.

Be the first to comment on "ICPC Discovers FG’s N9.8bn Hidden in Bank, Grills MD" 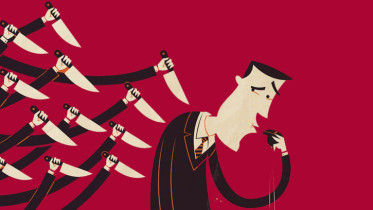 Whistle-blower Policy: Nigeria Recovers N594.09b The Federal Government has recovered a total of N594.09 billion since the whistle-blower policy was established in 2016 to checkmate…