The rising cost of servicing government debt in Nigeria is discouraging foreign investors from committing their funds to the country, a report has shown.

While global investors are still interested in Nigeria despite the uncertainty surrounding the policy of the current administration regarding infrastructure development, poor infrastructure and lack of transparency regarding the proceeds of bond sales is hurting investors’ confidence.

“They have borrowed quite a bit, but where is the money being spent?” asks Andrew Roche, Managing Partner of Finexem, a Paris-based financial consulting firm.

He expressed concern over government approach of using borrowed cash to patch up holes in budgets, rather than building infrastructure or industry to enhance and diversify the economy from crude oil.

Since the surged in global risks under President Trump administration, due to protectionism stance, Nigeria has been able to raise a substantial amount from investors that are jumping on emerging economies to avert slowing growth in developed economies.

Nigeria sold its sixth Eurobond in November, raising $2.9 billion in maturities of 7, 12 and 30 years in an issue that was more than three times oversubscribed.

In April, the country raised another N100 billion ($326 million using official rate) in an auction that included a debut 30-year local currency bond that was four times oversubscribed.

This, Roche attributed to investors that overlooked some worrying fundamentals.

However, Ravi Bhatia, a sovereign analyst at S&P Global Ratings, said the situation was best understood the other way round.

“The issue is not so much that interest payments are high. The main problem is that federal revenues as a share of GDP are just very low. They are literally reliant on oil and little else,” he said.

Zainab Ahmed, Nigeria’s finance minister, during a presentation to investors in Washington in April, said Nigeria’s debt is just 19 percent of GDP in 2018, one of the lowest in the world.

Still, potential investors are concerned that the poor infrastructure and rising debt profile amid the high cost of servicing debt will stall growth once oil prices nosedive.

Nigeria has borrowed $27.9 billion in the last four years, while unemployment remained high at 23.1 percent or 20.9 million unemployed people.

Poor infrastructure, one of the key factors of production, is holding back economic productivity and new job creation. Over-reliance on crude oil without an alternative source of revenue has been Nigeria’s issue since independence, yet no government has been able to tackle it.

Other oil-producing nations like Saudi Arabia are already working on diversifying their economy, Saudi will be investing a total of $425 billion in infrastructure, industries, and the economy by 2030. 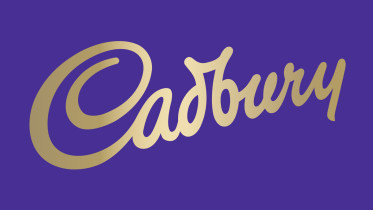