The nation’s foreign reserves dropped from $38.535 billion recorded on January 2, 2020 to $37.37 billion, representing a decline of $1.16 billion, according to the report released by the Central Bank of Nigeria (CBN) on Tuesday.

But with OPEC lowering global oil demand’s projection for 2020 by 230,000 barrels per day, global oil prices (Brent oil) are projected to drop further from $55.36 a barrel recorded today during Asian trading session as global business activities continue to slow down amid coronavirus outbreak.

While President Muhammadu Buhari administration has raised Value Added Tax (VAT) from 5 percent to 7.5 percent to up revenue generation and further diversify the economy, the degree of compliance remains uncertain, especially after the recent criticism that trailed the new Finance Act.

Nigeria’s unemployment rate remained high at 23.1 percent while youth unemployment and underemployment stood at 55.4 percent. Last week, African Development Bank in its annual outlook puts the nations poverty rate at 67 percent of its population. Suggesting that more Nigerians are living below poverty line than admitted.

This is expected to surge even more after Nigeria’s commercial city, Lagos State, banned popular tricycle, NAPEP, and Okada as a means to check insecurity.

Be the first to comment on "Foreign Reserves Drop to $37.37bn" 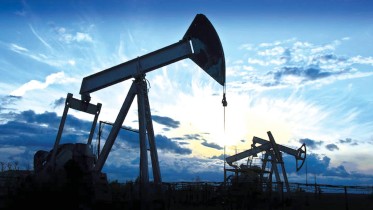 OPEC Raises 2017 Estimate for Supply Growth From Rivals by 64% OPEC boosted estimates for growth in rival supplies by 64 percent as the U.S….