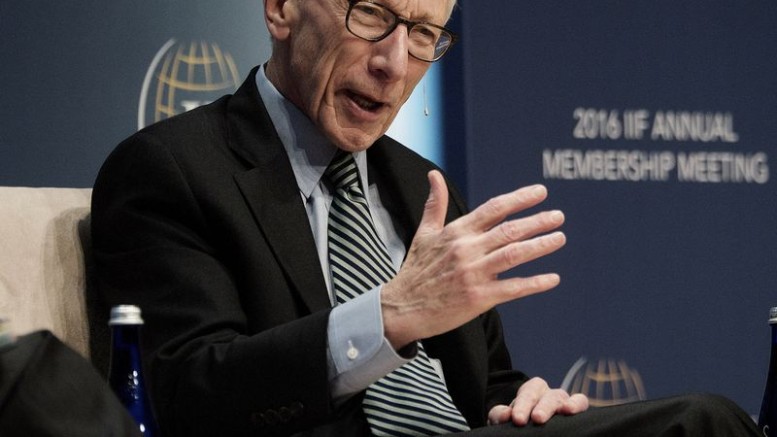 “In my view, the Fed appears reasonably close to achieving both the inflation and employment components of its mandate,” Fischer said in the text of remarks to be delivered at a conference at the Central Bank of Chile. “Accordingly, the case for removing accommodation gradually is quite strong, keeping in mind that the future is uncertain and that monetary policy is not on a preset course.”

The Fed has lifted its main interest rate just once since cutting it to near-zero in 2008, in December 2015. Policy makers have signaled that a second increase is imminent as employers continue to hire, wages creep up and price pressures climb, and federal funds rate pricing suggests that markets anticipate an hike at the Fed’s Dec. 13-14 meeting. That would set the central bank apart from its global counterparts, which are still in easing mode.

“There is likely to be considerable policy rate divergence for some time,” Fischer said by video to the conference in Santiago. His speech focused on the global fallout from Fed policy. “I am reasonably optimistic that the spillovers from ongoing U.S. normalization will be manageable for the foreign economies.”

Fischer also expressed confidence that global risks to the Fed’s own outlook had diminished.

“Financial market conditions have generally improved relative to earlier in the year, with even the initial market turbulence following the Brexit vote appearing fairly short lived,” he said, referencing Britain’s June 23 referendum to leave the European Union. “I am cautiously optimistic that the drag on the U.S. economy and inflation from past dollar appreciation may have mostly worked itself out, and that foreign economies are on a somewhat more secure footing that poses smaller downside risks to the U.S. economy.”

Fischer said the Fed will remove accommodation “only in response to an outlook for improving economic conditions and firming inflation,” which should help to support economies abroad. He added that emerging market economies have “markedly improved fundamentals” relative to several years ago, which should help to mitigate spillovers.

What’s more, “U.S. policy rates are likely to increase more slowly, and by a lower cumulative amount, than in past episodes of U.S. monetary tightening,” he said. “This in turn should reduce the divergence between the stance of U.S. and foreign monetary policies and the associated spillovers arising from such divergence.”

Fischer’s tone suggests that he didn’t feel a need to talk markets out of the rate hike they anticipate next month after Republican Donald Trump’s election victory earlier this week.

The shock win on Nov. 8 initially sent stock markets plunging, but equity prices have since recovered and bond yields risen in anticipation of the tax cuts and infrastructure investment he promised voters.

Continued economic strength is giving officials reason for confidence that gradual, upward rate path will be appropriate. Unemployment is hovering below 5 percent, less than half the level of its 2009 high, and headline inflation moved up to 1.2 percent in the 12 months through September. That’s still shy of the Fed’s 2 percent goal, but core inflation — which strips out volatile food and fuel prices — has reached 1.7 percent.

“A noticeably faster U.S. recovery would require a more rapid removal of U.S. accommodation and could exert noticeably larger spillovers abroad by putting more upward pressure on foreign interest rates and by inducing larger depreciations of foreign currencies,” Fischer said. While uncertainty “is a constant feature of the landscape we confront as policymakers, both the U.S. and global economies will be served best if we keep our own houses in order.”

Yellen Backs Gradual Rate Rises as Fed Not Behind the Curve

Be the first to comment on "Fischer Says Fed Getting Close to Reaching Goals, Raising Rates" 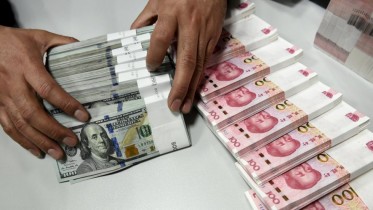