The Managing Director/Chief Executive Officer, Fidelity Bank Plc, Mr. Nnamdi Okonkwo, has said the bank plans to be among the top five to six in the country in the next five years.

“This has implications for market share, number of customers, balance sheet size and all,” he said while addressing journalists in Lagos on the lender’s financial year ended December 31, 2017.

He said a board retreat was held late last year to strategise and agree on the imperatives for achieving the goal, adding, “By God’s grace and the disciplined approach to the execution of the outlined initiatives, we will realise this goal.”

According to him, the watchword from the beginning is to keep the bank safe, ensuring that its capital adequacy and liquidity remain strong.

He stated, “At some point, people thought Fidelity Bank was too conservative but it was for a good reason. It has enabled us to survive three or four cycles of crisis in the banking industry with us acquiring two banks in the process.

“When I came on board, it was clear to me that we needed to be mindful of these, and management also agreed to retain this posture when we had our strategic retreat to strategise for the next growth phase. We said to ourselves at the retreat that we want to be the clear leader among the tier-two banks.”

Okonkwo said the board came up with medium-term strategic initiatives built around balance sheet optimisation, cost reduction and increased digitisation.

“We were sure that if we remained focused on the implementation of these initiatives, we would achieve success. Four years down the line, we, like the results we have achieved, even though we also realise that we are not yet where we intend to go ultimately,” he added.

Okonkwo said the bank started mid-year audit last year, adding, “Nobody compelled us to do it. We are required to audit our account once every year, but we did it on our own because of our future aspiration. We decided to adopt international best practices.

“Apart from our reputation as an SME-friendly bank, Fidelity has core competence in corporate banking; Fidelity is still financing the big corporates. On agriculture, we funded one of the biggest rice mills in Nigeria located in Kano, and supported the cocoa value chain in Ondo State, to name a few. We are also very active in food and beverage industries, construction, oil and gas, and iron and steel, among others.”

According to Okonkwo, banks that stay focused on their core business at a time like this will remain profitable.

He said, “If you look at our income distribution in 2017, you will see that we made about 25 per cent of our revenue from non-interest income, which was as a result of investment in digital technology.

“We used digitisation to drive a lot of non-funded income. We also took advantage of our balance sheet optimisation to increase yield in short-term instruments.” 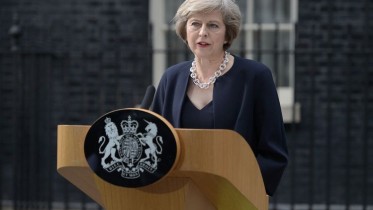