Between January and September last year, the Federal Government recorded a fiscal deficit of N889.61bn in its operations, figures obtained from the Central Bank of Nigeria have revealed.

The N9.1tn budget was expected to be financed from N2.99tn to be generated from oil revenue, N31.25bn from Nigeria Liquified Natural Gas dividend while N1.17bn was expected to be realised through revenue from minerals and mining.

To fund the budget, the Federal Government had planned to generate N658.55bn from Companies Income Tax, N207.51bn from Value Added Tax, N324.86bn from Customs while N57.87bn was expected to come from federation account levies.

In the same vein, the government was expected to raise N847.95bn through independent revenue from its agencies, while tax amnesty income, signature bonus and unspent balance from previous years was to provide N87.84bn, N114.3bn and N250bn respectively

Details of the fiscal operations of the Federal Government which were obtained from the economic report of the CBN showed that in the first quarter of 2018, the government recorded about N902.64bn in revenue while its expenditure was put at N1.59tn.

This resulted into a deficit of N697.1bn for that quarter.

For the third quarter, the report stated that the government recorded revenue of N950.61bn while it incurred total expenditure of N1.05tn.

Based on the inability of government’s revenue to meet up with its expenditure, the fiscal deficit was put at N100.33bn.

The report read in part, “Federal Government retained revenue for the third quarter of 2018 was estimated at N950.61bn.

“This was below the proportionate quarterly budget estimate by 49.7 per cent, but exceeded receipts in the review quarter by six per cent.

“Of the total revenue, Federation Account accounted for 86.7 per cent, while Federal Government Independent Revenue, VAT,

“The estimated Federal Government expenditure for the third quarter of 2018 stood at N1.05tn and was below the proportionate quarterly budget estimate of N2.37tn by 55.8 per cent.

“It was, however, above the level in the preceding quarter by 6.3 per cent.

“A breakdown of the total expenditure showed that the recurrent component accounted for 82.4 per cent, while capital and statutory transfers accounted for 12.5 and 5.1 per cent, respectively.

“A further breakdown of the recurrent expenditure showed that the non-debt component accounted for 40.9 per cent, while debt service payment was 59.1 per cent.”

Be the first to comment on "FG Recorded N889.61bn Deficit in Nine Months — CBN" 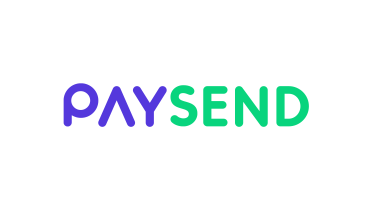