The agency also announced the approval of the first quarter 2016 petrol import allocation of three million metric tonnes to the NNPC and other oil marketers.

The Executive Secretary, PPPRA, Mr. Farouk Ahmed, stated that the reduction in the price of Premium Motor Spirit (petrol) was due to the revised components of the petroleum product pricing template for PMS and House Hold Kerosene.

Ahmed explained that the revised template would be reviewed on quarterly basis, adding that it was geared towards ensuring an efficient and market-driven prices of petroleum prices that would reflect current realities.

The PPPRA boss said, “Since 2007, while crude oil price has been moving up and down, the template has remained the same. This made it necessary for us to introduce a mechanism whereby the template would be sensitive to the price of crude oil. However, the template is not static, as there will be a quarterly review, and if there is any major shift, the Minister of State for Petroleum Resources will be expected to call for a review, either upward or downward.

“If there is no major shift, the price will continue from January to March 2016. In addition, there will be a Product Pricing Advisory Committee that will be set up to advise the PPPRA concerning movements in the price of crude oil.”

On why the NNPC would sell petrol lower than other marketers, the executive secretary explained that it was due to the fact that it was cheaper for the corporation to import products compared to the independent and major oil marketers.

Ahmed outlined the major components affected by the review in the pricing template to include traders’ margin, lightering expenses, Nigerian Ports Authority charges, jetty throughput and storage charges and bridging fund. Others are retailers, transporters and dealers’ margins.

He gave a breakdown of the revised template and stated that the lightering expenses had been reduced from N4.07 to N2; NPA charges reduced from N0.77 to N0.36; while the jetty throughput and storage charges were reduced from N0.80 and N3 to N0.40 and N1.50, respectively.

On the issue of PMS import allocation to the NNPC and other marketers, Ahmed stated that the PPPRA considered the issue of retail outlet ownership, marketers’ performance for the previous quarterly allocation, as well as the challenges in sourcing foreign exchange.

He said, “Consequently, the NNPC was granted 78 per cent of the total allocated volume for the first quarter, while the balance is to be supplied by other oil marketing companies. Marketers are required to note that there shall be a mid-quarter review of performance where volumes of non-performing marketers shall be withdrawn and reallocated to performing marketers.

“Furthermore, the PPPRA wishes to reiterate that consideration for participation in future allocations shall be on the basis of the attainment of 100 per cent performance in first quarter 2016. Accordingly, the PPPRA hereby warns that any marketer found selling above the PPPRA-approved price shall be appropriately sanctioned. These include, but not limited to, exclusion from future participation in product importation and revocation of licences.”

Although the PPPRA boss was silent on whether the government would still subsidise petrol, he noted that the new template would be reviewed quarterly with respect to the price of crude oil in the international market.

Dangote Hands Over Drivers to Customs for Conveying Contrabands

Be the first to comment on "FG Approves N86.5 For Petrol From January 1" 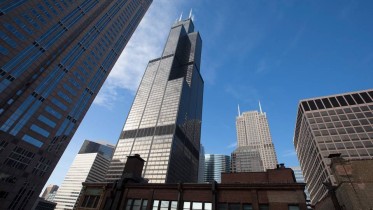