The Federal Executive Council has approved road contracts worth N35.944bn in six states of the federation, the Federal Ministry of Power, Works and Housing announced on Sunday.

It was learnt that the latest award brought to a total of 16 roads which the council had approved in recent times, as the FMPWH stated that this was part of the Federal Government’s commitment to developing the nation’s road network in Nigeria’s six geopolitical zones.

About three weeks ago, the council approved the award of N169.74bn contracts for the construction and rehabilitation of 10 roads across the country.

For Benue State, a contract of N27.3bn was approved for the rehabilitation of Makurdi-Naka-Adoka Road Phase 1.

The other approval was for Kano State where an augmentation sum of N676.2m was approved for the completion of the construction of Wudil-Utai-Achika-Darki-Jegaware Road, whose contract was first approved in 2012 by FEC at an initial sum of N4.4bn.

The approvals, which were a sequel to two memoranda submitted to the council by the Minister of Power, Works and Housing, Babatunde Fashola, showed that the Makurdi-Naka-Adoka Road Phase 1 in Benue State would be rehabilitated by Messrs Gilmor Engineering Nigeria Limited in 42 months.

According to the second memorandum, the completion of work on Sudil-Utai-Acika-Darki-Jegaware Road in Kano State, the contract for which was first approved by FEC on November 14, 2012, for N4, 393,730,153.20, involved the rehabilitation of approximately 23 kilometres single carriageway road and construction of a bridge with a completion period of 24 months by by Messrs Birak Engineering and Company Limited.

But completion was, however, stalled due to limited budgetary allocations in the preceding fiscal years leading to the current approval of additional N676, 177,886.40.

This brings the total cost to N5,067,908,050.30, while an additional six months had been added to its initial completion period of 24 months after all due processes were complied with.

In terms of creating job opportunities, the FMPWH said the rehabilitation of Makurdi-Naka-Adoka Phase 1 Road in Benue State would generate between 150 to 200 direct jobs with 90 per cent of Nigerians as direct members of staff.

It stated that the rehabilitation of BirninYauri-Rijau, Magajiya to Daki-Takwas Road in Kebbi/Zamfara states would generate between 50 and 100 direct jobs with Nigerians taking all the jobs, adding that the Road in Akwa Ibom State would create 50 jobs for Nigerians alone, while the reconstruction of Oso-Owutu in Ebonyi State would generate between 50 to 120 direct jobs for over 90 per cent Nigerians.

On why he asked for approvals for the roads, Fashola stated that it was in order to achieve the Federal Government’s objective of improving transportation infrastructure.

Be the first to comment on "FEC Approves N35.94bn Road Contracts in Six States" 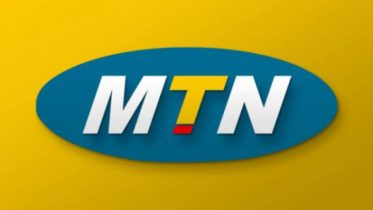