The European Union says it has earmarked €2.1m for the reduction of proliferation of illegal small arms and light weapons in Nigeria.

The Head of EU delegation to Nigeria and ECOWAS on small arms and light weapons project, Mr Michel Arrion, disclosed this on Monday in Uyo at a two-day stakeholders’ forum.

Arrion, who was represented by the EU representative in the Presidential Amnesty Committee, Mrs Eno Moma, explained that the fund would be spent in seven states in the country.

He said that the two-day community engagement and stakeholders’ forum was held in Akwa Ibom to inaugurate the official launch of the small arms reduction project in the state.

The EU head of delegation further explained that the forum would deliberate on the need for adequate information on the dangers of small arms and light weapons “in our communities”.

Arrion said that the forum would also discuss on how to destroy small arms and light weapons (SALW) ‘’in our communities’’ and replace them with community-based micro projects.

He also said that the project would provide technical support for the design and implementation of a sustainable alternative livelihood for the targeted youths in Akwa Ibom.

Imohe called on other states to take cue from Akwa Ibom to reduce the proliferation of small arms in the communities in Nigeria.

He urged all security agencies to work in synergy with one another to stem the tide of illegal arms proliferation and light weapons in the country.

Declaring the stakeholders’ forum open, the Governor, Mr Udom Emmanuel, said he had set up a10-member Technical Committee on small arms reduction in the state.

The governor, who was represented by the Secretary to State Government, Mr Etekamba Umoren, said that the committee was made up of security personnel and those familiar with the terrain.

Emmanuel, who inaugurated the committee, urged members to share intelligence and work professionally to achieve a good result.

He said that the state was committed to eliminating illegal small arms and light weapons from ‘’our towns and villages.’’

The governor thanked PRESCOM for including the state in the first phase of the arm reduction project.

Be the first to comment on "EU Earmarks €2.1m for Reduction of Small Arms in Nigeria" 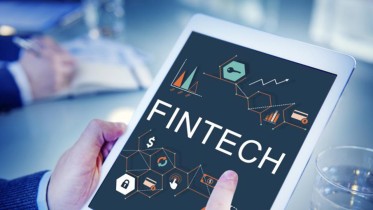 FG to Establish ICT Devt Bank, Says Minister The Minister of Communications, Mr. Adebayo Shittu, has said that plans are underway by the Federal Government…

Oil Prices Plunge on Surprise Rise in US Oil Inventories