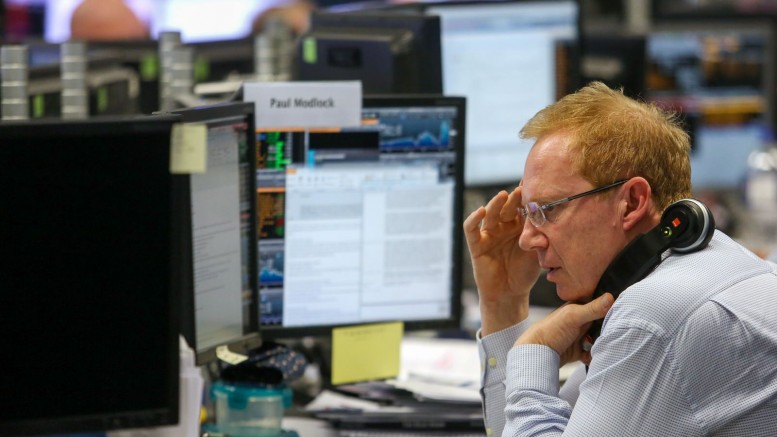 A trader holds a fixed line telephone as he monitors financial information on computer screens on the trading floor at Panmure Gordon & Co. in London, U.K., on Friday, Jan. 22, 2016. Photographer: Chris Ratcliffe

Stocks tumbled in Asia, following a U.S. slump overnight, as investors headed for havens from what hedge-fund manager Ray Dalio termed a game of chicken between U.S. and North Korean leaders.

Asian stocks were poised to end their worst week since March. Equity benchmarks from Hong Kong to Sydney extended losses after the S&P 500 Index halted an unprecedented stretch of calm on American equity markets and the CBOE Volatility Index soared 44 percent. South Korea’s stocks and currency dropped and volatility spiked. U.S. President Donald Trump dialed up his warning to North Korea on threats to American allies, lifting gold to a nine-week high and pushing the yen through 109 per dollar, while Treasuries strengthened. Japanese markets are closed for the Mountain Day public holiday.

Escalating tension between the U.S. and North Korea has dominated sentiment in financial markets this week as the spat threatens to boil over into military confrontation. Trump stepped up his campaign of pressure, warning the regime not to follow through with a missile test near Guam and promising massive response to any strike against America or its allies.

Global equities began the week at an all-time high and some notable investment companies have been warning now would be a good time to reduce levels of risk in portfolios. Dalio, who leads the world’s largest hedge fund at Bridgewater Associates, recommends investors consider placing 5 percent to 10 percent of their assets in gold as a hedge against current political and economic risks.

Be the first to comment on "Equity Rout Deepens, Bonds Rise on Korea Tension" 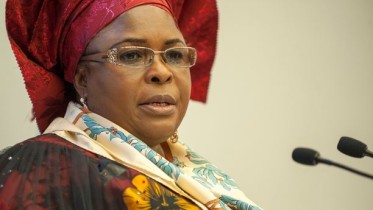 The Economic and Financial Crimes Commission has summoned some officials of the Department of State Services, who were attached to Dame Patience Jonathan, the wife…