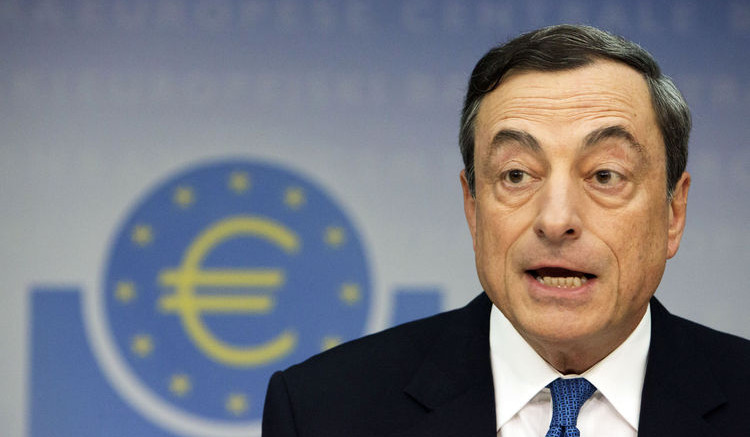 The European Central Bank kept interest rates unchanged at record lows and maintained its quantitative-easing program as officials monitor the economic recovery and the risk of political turbulence in the region.

The Governing Council reaffirmed its decision that asset purchases will continue at a monthly pace of 60 billion euros ($65 billion), down from 80 billion euros prior to April. Policy makers left the main refinancing rate at zero and the deposit rate and marginal lending rate at minus 0.4 percent and 0.25 percent respectively, as predicted by all economists in a Bloomberg survey.

The ECB also said rates will stay at present or lower levels for an extended period, and well past the horizon of net asset purchases, which remain flexible in size and duration if the outlook becomes less favorable. President Mario Draghi will explain the decision in a press conference at 2:30 p.m. in Frankfurt.

Political risks have dominated much of the year so far, leaving the ECB cautious even as data point to a strengthening recovery. With one of those risks — a euro-skeptic victory in the French presidential election — looking less likely after Sunday’s first round vote, officials may now have more confidence in the economy. Some policy makers have already pushed for discussions around an eventual exit strategy, a debate Draghi has tried to stymie for now.

Before the decision, a further signal of euro-area strength came from a European Commission report showing economic confidence jumped this month to the highest level in almost a decade.

Draghi may still choose to use his opening statement at the press conference to say that risks to the growth outlook are balanced, rather than being to the downside. Even so, he’s likely to repeat his view that monetary support is still needed, with underlying consumer-price growth weak and the level of uncertainty high.

Thursday’s Governing Council decision is in line with a plan set out in December, when the ECB announced that bond purchases will be extended until at least the end of 2017. That will take the total amount of assets bought under the program to 2.28 trillion euros, equivalent to about a quarter the size of the entire euro-area economy.

Economists predict the first hints of an exit from this extraordinary stimulus to come by June 8, when the Governing Council next announces policy and publishes projections on the economic outlook. The ECB could change its forward guidance as a first step toward phasing out QE at the beginning of 2018 and conducting the first rate hike in the third quarter of that year, according to the survey.

By the June meeting, France will have elected its new president, offering the ECB more certainty on the political front, though risks remain in nations such as Italy and Greece. Germany will hold elections in September.

On the economic side, officials will have had two quarters of inflation rates averaging above 1.6 percent — according to forecasts — and at least a small uptick in underlying price growth that could justify a more optimistic tone. Price data for April is scheduled to be released on Friday at 11 a.m. Frankfurt time. 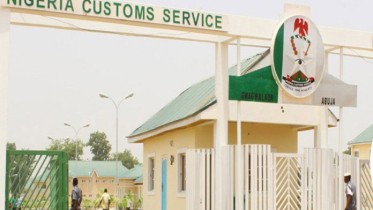 Buhari Extends Border Closure To 2020 President Muhammadu Buhari has extended the closure of the nation’s borders to January 31, 2020. The development was disclosed…