With less than a week to the end of the period afforded tax debtors to declare their indebtedness under the Voluntary Assets and Income Declaration Scheme, individual and corporate tax debtors have been approaching the federal and state tax authorities to seek information on how to declare their previously unpaid taxes before the window shuts on March 31.

The rush, according to the VAIDS office in the Federal Ministry of Finance, is on account of the fact that hidden assets and incomes have been discovered through the use of data obtained from a variety of sources, including government revenue collecting agencies, Bank Verification Numbers, payment platforms, land registries, Securities and Exchange Commission and the Corporate Affairs Commission.

The VAIDS office said in a statement on Thursday that analyses of the data so far collected showed that the lifestyles of many did not match the taxes they were paying.

“Those in these category have had nudge letters written to them to come forward and take advantage of the tax amnesty scheme, which gives them the opportunity to spread payment over a maximum three-year period, and have interests/penalties waived. Those who declare will equally escape prosecution, which the government has warned will follow at the closure of the window,” the statement said.

Speaking on the government’s readiness to prosecute tax defaulters, the Chairman, Federal Inland Revenue Service, Mr. Babatunde Fowler, recently said that the agency had resources to prosecute those who fail to comply with the VAIDS.

According to him, the agency increased its legal fees in its 2018 budget in readiness for litigation arising from non-compliance with the VAIDS.

Also recently, the Chairman, Lagos Internal Revenue Service, Mr. Ayodele Zubair, said the agency had been approached by many individuals and corporate organisations seeking to declare their indebtedness.

The LIRS, he stated, expected more individuals and firms to come forward as the closure of the amnesty window approaches, so as to enjoy the benefits of the VAIDS, particularly freedom from prosecution. 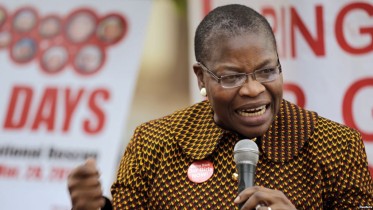 Ezekwesili Calls for National Dialogue on Poverty A former Minister of Education, Mrs. Oby Ezekwesili, has called for an urgent national dialogue to discuss the…