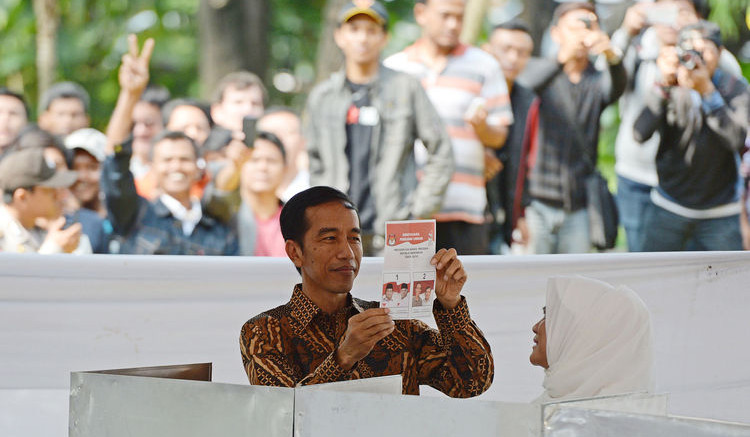 At least six people were killed after armed men carried out a series of apparently coordinated gun and bomb attacks in the heart of the Indonesian capital of Jakarta.

There have so far been no claims of responsibility, but one analyst likened the timed attacks to the Paris massacre where ISIS struck several locations at the same time.

Among the victims was one police officer and a foreign national, CNN Indonesia reported.

Budi Gunawan, deputy chief of Indonesian National Police, told reporters that 10 others, including another foreigner, were injure.

The blasts took place Thursday morning on Thamrin steet, an entertainment and shopping district with various Western chains. It was the first major attack in Jakarta since the 2009 simultaneous attacks on the J.W. Marriott and Ritz Carlton hotels, which killed seven.

With the operation still going on, several things were unclear: Exactly how many gunmen were involved, and how many locations they struck.

Embassy advisory
One of the targets of the Thursday attacks was a police station, next to a busy shopping center, the Sarinah Thamrin Plaza.

A Starbucks coffee shop in the nearby Skyline Building appeared to have been another target. The windows of the cafe had been blown out.

Be the first to comment on "Deadly Blasts, Shootout Hit Indonesian Capital – CNN"