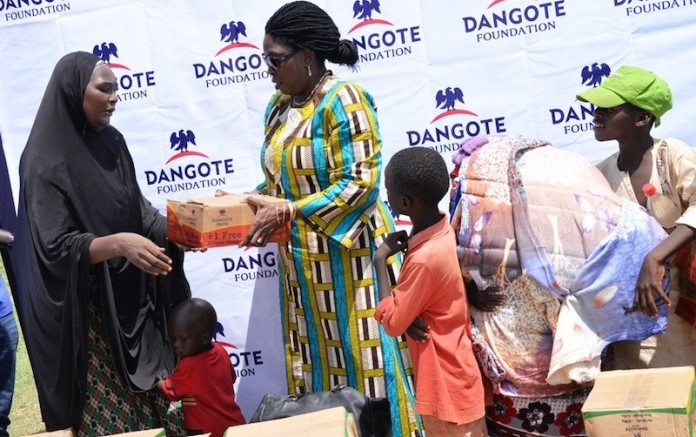 There is no other issue in Nigeria that reflects federal character in almost equal proportion other than poverty.

Even at the peak of her economic buoyance occasioned by the high price of the crude oil in the international market, years ago, there has not been any commensurable change in Nigerians’ lives for the past decades,.

Nigeria’s situation appears to be a paradox and her citizens’ living condition strange in that while the country was getting richer, her people become poorer. For a country with massive wealth and a huge population to support commerce, the level of poverty remains unacceptable. Despite being one of the three biggest economies in Africa, Nigeria ranks around 160th out of 177 countries on the scale of the Human Development Index (HDI).

Nigeria is reputed to hold the disgusting record of having about 80 per cent of her population living in abject poverty. And of this, 60 per cent are said to be women. Irrespective of where they live, whether rural or urban, poverty among women has remains alarming. Yet women bear almost all responsibility for meeting basic needs of the family. The vast majority of the world’s poor are women. Two-thirds of the world’s illiterates are female. Of the millions of school age children not in school, the majority are girls.

Though poverty cuts across Nigeria landscape, the women have been the most engendered specie. In a country where the level of poverty has taken a nosedive over the years, women, continue to face daunting and debilitating challenges.

In fact, despite every effort made by the Nigerian authorities at all levels of governance and other non-formal organizations towards poverty reduction in the country; this problem has continued to mitigate women from living happily and contributing their own quota to national growth and development. Thus women become a wasted potential to national growth.

Many women are denying themselves to ensure that their children are fed. These women are already suffering the effects of severe malnutrition, which inevitably will be their children’s fate as well. And if no cogent action is taken, the impact of this crisis will be with us for many years.

Studies have also shown that when women are supported and empowered, all of society benefits. Their families are healthier, more children go to school, agricultural productivity improves and incomes increase. In short, communities become more resilient.

It is against this background that the Dangote Foundation, a multi-purposegrant-making vehicle which supports interventions in critical sectors such as education, health, population and community giving decided to intervene to bring the helpless women out of the dingy life of animal existence.

Endowed by the Africa’s richest man and foremost entrepreneur, Aliko Dangote, the Foundation few years ago, designed a multi-billion naira micro-grants programme to assist the vulnerable women across the 774 local governments in Nigeria conjunction with the state governments.

It is expected that at the end of the exercise, a sum of N10 billion would have been injected to revive the economy of some one million women. Already, the grant has been disbursed in seven states among which are Kano, Yobe, Adamawa, Jigawa, Borno, and Kogi. Presently, the foundation is disbursing in local governments in Lagos state.

Explaining the rationale behind the Foundation’s decision to help women with the grants to do petty business, Alhaji Dangote said the Foundation believes that empowering women to be key change agents is an essential element to achieving the end of hunger and poverty.

According to him, “we thought of a response to the widespread poverty in Nigeria and how can we help in our own way and in 2011, we came up with this idea. So we instituted the cash transfer intervention. We call it the Dangote Foundation Micro-grants Programme, to provide cash transfers to select poor and vulnerable women and youths. The grant is to enable beneficiaries meet immediate family and livelihood needs by providing a one-time fund to start up enterprises that will boost their economic and consumption activities. He explained that the cash transfer intervention focused on women who bear the greatest brunt of poverty.

Said he “Our Programme provides a one-off grant that enables recipients to grow or start an enterprise, invest in product assets, improve the health of their families, and/or take on new activities that reduce their vulnerability and enhance their economic standing. It has successfully assisted women and their families in the states where we have made disbursement.

“I have always believed that one of the surest ways of alleviating poverty is through job creation and that the kind of jobs that the masses in Nigeria need could be created through such grants. We need this kind of empowerment especially for our women because when companies are established jobs would be created but not on a large scale again because the machines are automated and would only require few hands.

“It’s only in agriculture that the opportunities are massive”, adding that this was the reason he is investing in sugar plantation and refinery where thousands of people can work and earn living. He said agriculture is the solution.”

Explaining the partnerships with State governments, he said, “This is in keeping with Dangote Foundation’s belief in working through partnerships for effectiveness, scale and impact in tackling the challenges that we face as a nation. This is a key feature of the Programme which aims to support and compliment state governments’ poverty reduction efforts.”

The state governors have taken turn to commend Dangote foundation’s initiative to complement the poverty alleviating efforts of the states describing the gesture as godly and unprecedented.

The Kogi state government while expressing its appreciation to the Foundation recalled the intervention extended to the state during the deadly flooding across some states for which the state was given money relief items to cushion the effects on the victims.

Acknowledging the Dangote Foundation’s philanthropic gesture across the country and even internationally, the Kogi government enjoined other rich Nigerians to emulate Dangote and share part of their wealth with the masses.

In his own comment, Lagos state government said Alhaji Dangote’s decision to share his wealth with the people is an indication of his love for the people and should be emulated. “He has decided to support our programme of regeneration in Lagos state, we are grateful to Dangote Foundation. “This empowerment programme will cover all deserving in the 20 LG and 37 Development Areas in the state.

We will ensure that nobody is denied this grant not minding the political or religious leaning. We will continue to give the required environment to make business thrive in Lagos.”

However, a new dimension has been added to the disbursement in Lagos as beneficiaries are also provided with free customized hand held phones, thorough which they receive alert for the disbursement.

At Somolu local government in Lagos, one of the beneficiaries, brought to the venue in crutches, Mrs. Moronkeji Oshikoya, on receiving alert for the grant, described the grant as life-saving and profusely prayed for Dangote Foundation and its Chairman, Alhaji Dangote.

Another beneficiary, Mrs. Augustina Chukwu, said they did not believe it initially but were surprised it was true. “We thought it was a joke, because when they mentioned Dangote he is the one who wanted to give us money. We said it was a lie because he is not a politician, so why would he give us money. But now we have seen that he is a man of God. He just pitied us and our condition and decided to give us from what God has given him; God will continue to add to his wealth. Tell others too to help the poor.”

Speaking on the micro grant and other activities of the Foundation, the Chief Executive Officer, Zouera Youssoufou, said the Dangote Foundation was concerned about the plight of the Nigerian women who are most vulnerable under the present economic quagmire and therefore the decision to empower them to compliment the various poverty alleviation programmes of state governments.

She explained that the research carried out by the foundation showed that women who are always at the receiving end, when empower are capable of quickly turning around the economies of the family, pointing out that the micro grant scheme was designed for women who need little amount to be back to business.

Mrs. Youssoufou explained that the state government have been very helpful in partnering with the Foundation to identify women who really need to grant to work. She stated that the addition of handset was a new development that makes the disbursement easier and that it started with Lagos and would subsequently done in the remaining states.

“We engage the services of some agencies and a leading telecommunication company to provide the phones, SIM cards, register it and send alert to the beneficiaries immediately rather than giving cash.

The beneficiaries can then decide to withdraw the money at the most convenient time so as not to expose them unduly. All charges are borne by the Foundation, so the beneficiaries receive the exact amount,” she explained. 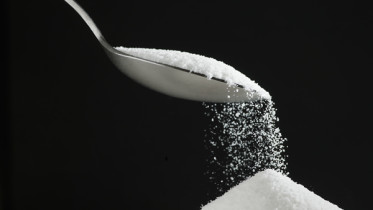