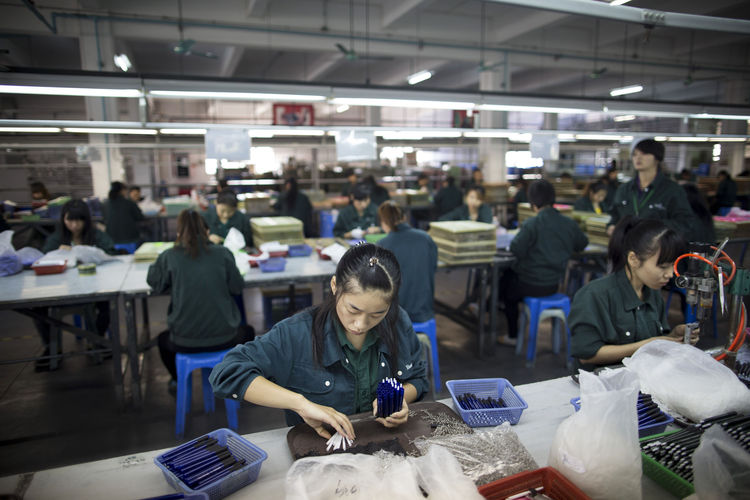 China would outlast the U.S. in a trade war, which is a “distinct possibility” next year after President-elect Donald Trump takes office, a commentator wrote in the $1 billion Pine River China Fund’s investor letter.

China’s government would be better placed than the U.S. to marshal state resources to cushion the impact on exporters, wrote James Wang, a City University of Hong Kong professor who pens a monthly commentary for the fund. Privately-owned Chinese exporters would be worse hit than state-controlled peers because they have less political clout in Beijing, he said.

“By design, decision-makers in a democracy face difficulties coordinating a relief effort and must eventually face a political backlash from impacted domestic producers,” Wang wrote. “On this basis, the Chinese may have more runway to play the long game in a trade war.”

During his campaign, Trump pledged to brand China a currency manipulator and impose a 45 percent tariff on Chinese imports. His protocol-breaking phone call with Taiwan President Tsai Ing-wen and his attacks on China on Twitter have sparked further friction between the world’s two biggest economies before he takes office next month.

Trump’s electoral victory capped a year of rising populism that Wang likened to the aftermath of World War I, which ushered in an age of discontent and protectionism.

“The balance of power worldwide is much more diffuse compared to the early 20th century, and players like China and India have emerged to create new political centers of gravity,” Wang wrote. “However, as economic and political paralyses spread across the developed world, the most likely outcome is a trade war.”

Pine River China Fund is being spun off into a separate Hong Kong-based company next year, led by its current manager Dan Li and minority-owned by Pine River.

Chinese exporters of “Wal-Mart type” goods, including clothing, furniture, footwear and textiles would be hurt, while the impact of tariffs on telecommunications equipment is less obvious, as the lion’s share of profit from an iPhone accrues to Apple Inc., instead of its Chinese suppliers, Wang wrote. In retaliation, China could potentially withhold aircraft orders from Boeing Co. as well as curb automobile and agricultural imports from the U.S., he said.

In the U.S., such a trade war could stimulate inflation and dent domestic consumption, he added.

Unemployment Claims in U.S. Decline for a Third Week