The Central Bank of Nigeria (CBN) has formed strategic partnership with agricultural commodity associations in the country in its effort to expand the implementation of the Anchor Borrowers’ Programme (ABP).

Disclosing this wednesday, the acting Director in charge of Corporate Communications Department (CCD) at the Bank, Isaac Okorafor, said the decision to enter into strategic partnerships was to consolidate on the gains of the ABP and reach more deserving small holder farmers nationwide.

A statement from the central bank quoted its spokesman as saying that, “the CBN is forming these partnerships to further ramp up domestic production of identified commodities by leveraging the existing organised structures of the agricultural associations nationwide, thereby providing huge economics of scale in the implementation of the programme.”

Okorafor noted that the partnership had begun to yield results with the commencement of the Rice Farmers Association of Nigeria (RIFAN) ABP with the Bank of Agriculture where about 300,000 rice farmers across 20 States would be supported under the ABP during the upcoming dry season cultivation.

He also said an additional two million metric tonnes of paddy rice was expected to be produced under the dedicated RIFAN ABP.

He added that the strategic partnership with RIFAN was in tandem with the federal government’s agenda for Nigeria to be self-sufficient in rice production in the future.

Okorafor further said that all registered agricultural commodity associations could key into this strategic partnership by simply approaching any of the Participating Financial Institutions (PFI) collaborating with the CBN in the implementation of the programme.

The ABP was launched by President Muhammadu Buhari on November 17, 2015 in Birnin Kebbi, Kebbi State. The initiative has so far achieved success in terms of outreach and coverage, making it one of the most successful CBN development finance interventions to date.

About N45.5 billion has been released through 13 participating financial institutions in respect of over 218,000 farmers cultivating nine commodities across 30 states. 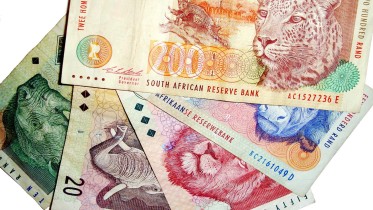