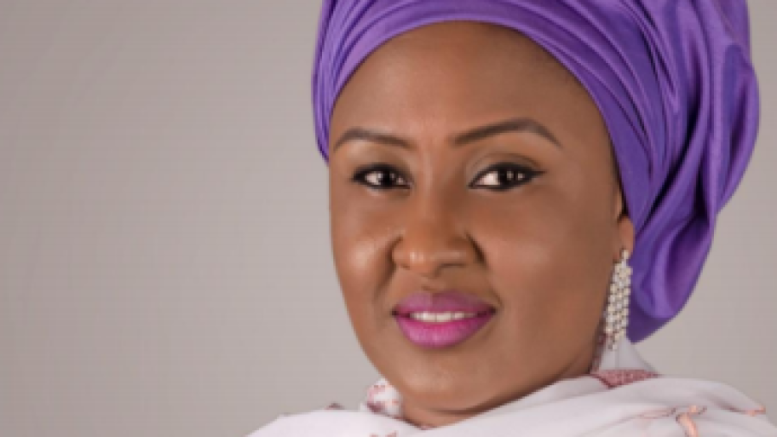 The wife of the President, Mrs. Aisha Buhari,

The BBC Hausa Service is under intense pressure from President Muhammadu Buhari and members of his kitchen cabinet to pre-empt broadcast of the interview granted by his wife, Aisha Buhari.

The interview is due for broadcast on Saturday, but the President is said to have reached out to his wife, who is currently in London, to stop granting further interviews to the media.

In excerpts that have been widely reported in the media, Mrs. Buhari is quoted as saying that the President had ditched those who really worked for his victory in the 2015 election and is instead focusing on those that didn’t participate.

The First Lady was expressing frustration with members of President Buhari’s kitchen cabinet, particularly his nephew, Mamman Daura; and his powerful chief of Staff, Abba Kyari. They are widely-held as having shunted aside those who worked tirelessly for President Buhari to come to power.

She also said the President did not know a majority of his ministers before appointing them to office.

SaharaReporters has also learnt that neither Daura and Kyari voted for Buhari in the last election. A source knowledgeable about the inner situation at the Presidency said neither man possesses a voter’s card or is registered as a member of the ruling All Progressives Congress.

Mrs. Buhari and other members of the APC are frustrated with the President because he has refused to make the changes expected of his government, and continues to empower his nephew to run roughshod on issues of governance. Mr. Daura is reportedly so powerful that Buhari’s ministers have to get his approval to get funds released for their projects.

Our sources gave the example of Daura’s influence when the Minister of Sports, Solomon Dalung, got funds released to him for the Rio Olympics 2016 after he met and received the blessing of Mr. Daura.

Also recently, President Buhari promised several persons who complained to him about the corrupt elements in his government of plans to make changes, but he never did. Of particular importance are Mr. Kyari and the Secretary to the Government, Babachir Lawal, who are accused of corrupt practices. Also involved is Central Bank Governor Godwin Emefiele, on account of his handling of fiscal issues.

President Buhari has disappointed many in his handling of these and other officers, and his wife of 25 years seems to be leading a revolt by voicing the concern of a majority of the president’s loyalists who feel he has mismanaged the country and the goodwill that followed him into office a year and a half ago. “What I am afraid for them is the rebellion of 15 million people,” says Mrs. Buhari at the end of the excerpt available to the public. 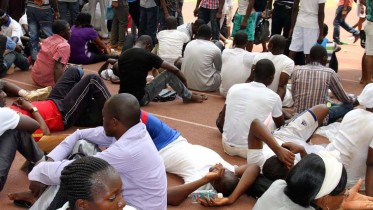 Over four million Nigerians lost their jobs last year, according to the National Bureau of Statistics (NBS). The unemployment rate rose at an all-time high…