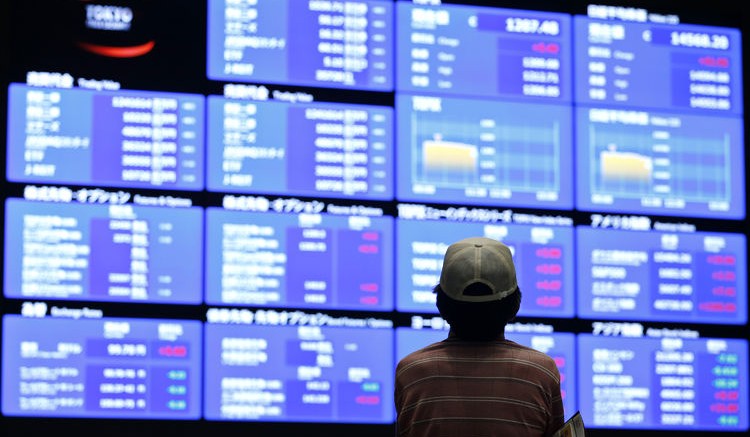 Asian stocks drop for a second day, as commodity producers dropped with oil amid growing concerns about global growth ahead of central bank policy decisions.

The MSCI Index dropped 0.8 percent to 130.60 at 9.11 a.m. in Tokyo on Friday, bringing its total gain this week to 0.6 percent. Financial markets are currently reacting to a series of events lined up for the next two weeks, Federal Reserve and Bank of Japan meetings are due next week, followed by the UK referendum vote on its membership in the European Union on 23 June.

“The market is looking at a very small chance of the Fed moving next week,” Chris Green, the Auckland-based director of economics and strategy at First NZ Capital Group Ltd., said by phone. “While that’s been supportive of risk assets, a delay in the Fed rate hike is also a reflection of weaker economic backdrop. Further weakness in U.S. economic data along with the potential for Brexit would be a cause for concern.”

Even though global equities have rebounded from the February low as oil and other commodities have rallied since then, the level of uncertainties in coming weeks have the potential to roil markets.

Japan’s Topix Index fell 0.8 percent on Friday, following a 1 percent drop on Thursday. The yen was trading at 107.16 against the US dollar on Friday after reaching 106.24 on Thursday, its highest gain in five weeks. Australian dollar retreated from 75.03 US cents as commodity nations struggle with the drop in oil prices and currently trading at 74.14 US cents.