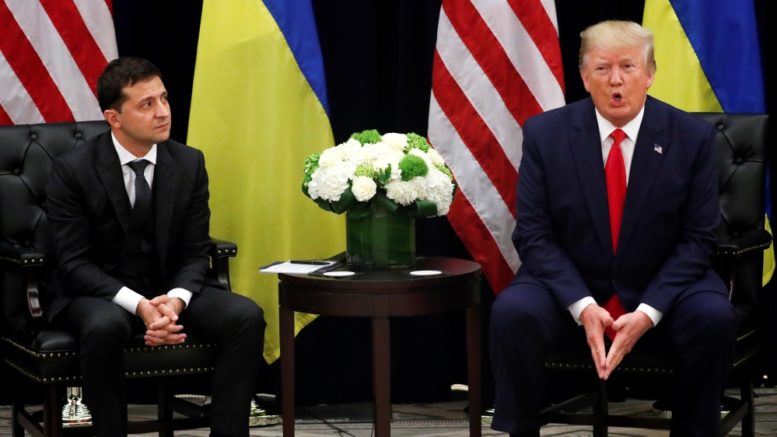 Speaker of the United States House of Representatives, Nancy Pelosi, on Wednesday launched a formal impeachment inquiry against President Donald Trump over a phone call made to Ukrainian President Volodymyr Zelensky demanding for an assistant to investigate the son of Joe Biden, the former Vice President of United States and one of the current Democrat presidential candidates.

A whistle-blower had filed a complaint regarding a summer call between President Trump and his Ukrainian counterpart, saying Trump demanded help before he released $400 million military aid he blocked the previous day to Ukraine.

The revelation led to nationwide speculation that President Trump was holding the fund in exchange for information on Biden.

While President Trump denied the accusation he agreed he blocked the release of the fund before it was eventually released.

The whistle-blower’s complaint led to a nationwide call for the release of the details of the call. Although President Trump said he doesn’t like precedent of releasing details of calls with foreign leaders, he released a summary of the conversation.

“I don’t like it where you’re dealing with heads of state and to think that their call is going to be released,” Trump said at a news conference on the sidelines of a UN General Assembly meeting.

Part of the document read, President Trump, “I will say that we do a lot for Ukraine. We spend a lot of effort and a lot of time. Much more than the European countries are doing and they should be helping you more than they are. Germany does almost nothing for you. All they do is talk and I think it’s something that you should really ask them about.”

President Zelenskyy: “Yes you are absolutely right. Not only. 100%, but actually 1000% and I can tell you the following; I did talk to Angela Merkel and I did meet with her. I also met and talked with Macron and I told them that they are not doing quite as much as they need to be doing on the issues with the sanctions. They are not enforcing the sanctions.”

President Zelenskyy: “For that. purpose, I just recalled our ambassador from United States and he will be replaced by a very competent and very experienced ambassador who will work hard on making sure that our two nations are getting closer. I would also like and hope to see him having your trust and your confidence and have personal relations with you so we can cooperate even more so. I will personally tell you that one of my assistants spoke with Mr. Giuliani just recently and we are hoping very much that Mr. Giuliani will be able to travel to Ukraine and we will meet once he comes to Ukraine. I just wanted to assure you once again that you have nobody but friends around us. I will make sure that I surround myself with the best and most experienced people.”

President Trump: “Mr. Giuliani is a highly respected man. He was the mayor of New York City, a great mayor, and I would like him to call you. I will ask him to call you along with the Attorney General. Rudy very much knows what’s happening and he is a very capable guy. If you could speak to him that would be great. The former ambassador from the United States, the woman, was bad news and the people she was dealing with in the Ukraine were bad news so I just want to let you know that. The other thing, There’s a lot of talk about Biden’s son, that Biden stopped the prosecution and a lot of people want to find out about that so whatever you can do with the Attorney General would be great. Biden went around bragging that he stopped the prosecution so if you can look into it… It sounds horrible to me.”

The conversation between the two was described as ‘very troubling’ by Chuck Schumer, Senate Democratic leader.

“I want to thank the whistle-blower for coming forward. I think what this courageous individual has done has exposed serious wrongdoing,” he said.

Nancy Pelosi on Tuesday said House is opening a formal impeachment inquiry of President Donald Trump, saying he’s violated his oath of office and obligations under the Constitution.

“The president must be held accountable. No one is above the law,” the speaker stated at a news conference on Tuesday.

President Trump, however, denied any wrongdoing, calling the whole impeachment talk a hoax. 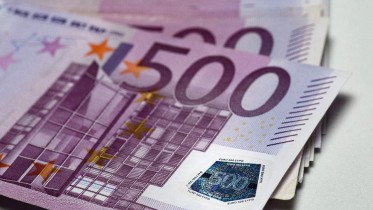 CBN Sanctions 14 Banks for Crowding out SMEs in FX Market

Afreximbank Plans $1b for Trade, Infrastructure