The FAAC meeting for the month of March, which was held on Tuesday at the headquarters of the Federal Ministry of Finance, also saw an increase of N41.42bn in gross statutory revenue from N290.16bn in February to N331.58bn last month.

Addressing journalists shortly after the meeting, the Accountant General of the Federation, Alhaji Ahmed Idris, said the Federal Government received N189.24bn; the states, N127.99bn; while the local governments got N96bn.

In addition, he said the oil producing states received the sum of N35.74bn based on the 13 per cent derivation principle; while the revenue generating agencies got N18.8bn, being the cost of revenue collection.

The AGF put the balance in the Excess Crude Account at $2.49bn as of April 25.

He lamented that despite the increase in the average price of crude oil from $44.74 per barrel to $52.86, the revenue from federation export sales dropped by $6.4m.

This, Idris added, was due to the decrease in the crude oil export volume.

He explained that oil production suffered during the period due largely to leakages in the pipelines arising from sabotage, shutdown of terminals and turn around maintenance of facilities.

However, the AGF stated that there was an increase in revenue from oil royalty, while taxes also recorded significant increases.

Be the first to comment on "Allocations to FG, States, LGs Rise by N38bn to N467bn" 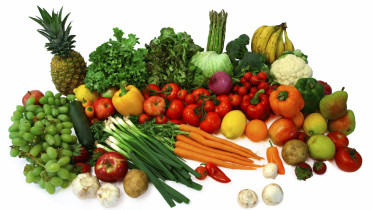 50% of Fruits, Vegetables Get Damaged Daily The Nigerian Export Promotion Council has stated that 50 per cent of fruits and vegetables harvested in Nigeria…