The African Export-Import Bank (Afreximbank) has said ‘factoring’, a form of financial transaction is a viable way to address the lack of finance for Africa’s Small and Medium Enterprises (SMEs).

The Managing Director of the Intra-African Trade Initiative at Afreximbank, Ms Kanayo Awani, disclosed this in a statement through the Bank’s Head of Media, Mr Obi Emekekwue on Monday.

Factoring is also a type of debtor finance in which a business sells its accounts receivable to a third party called a factor at a discount.

According to Awani, lack of access to affordable finance is hurting the growth of Africa’s SMEs and Factoring, a form of trade finance will address that gap.

She said it would boost SMEs innovation and also support Africa’s structural transformation.

“In spite of its huge opportunities, however, factoring has not yet taken off fully in Africa, with the region accounting for less than one per cent of global factoring volumes in 2017.

“Most of these volumes are concentrated in South Africa, Tunisia, Morocco, Egypt, Mauritius and Kenya,” Awani said. 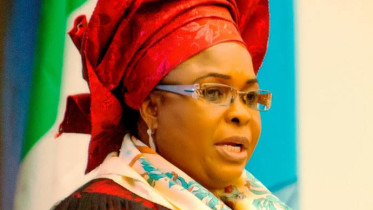