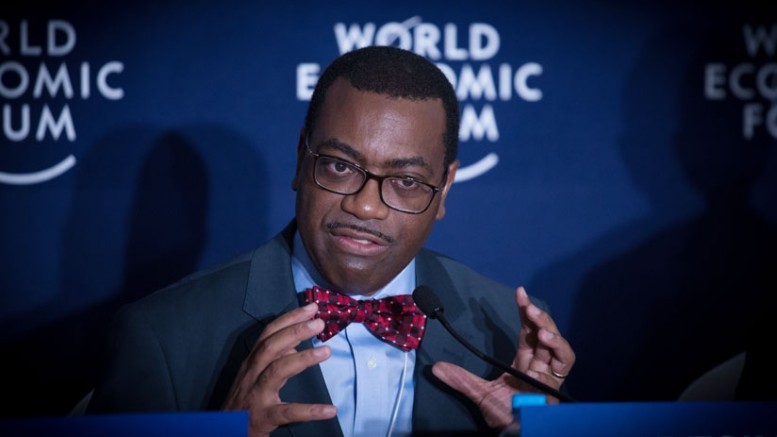 The imperatives of infrastructure development for sustainable growth of African economies have continued to dominate discussions of the African Development Bank (AfDB).

The regional development institution raised the issue again on the second day of the Korea-Africa Economic Cooperation Conference (KOAFEC) in Seoul, South Korea, while discussing the transformation of Africa’s agriculture.

AfDB President, Akinwumi Adesina, while addressing Ministers of Finance from African countries, highlighted the importance of investing in rural infrastructure, as well as rapidly developing the agro-industrial sector.

“Africa should not be a consumption centre. It must export processed cocoa, not cocoa beans; it must export specialized coffee, not coffee beans; and it must export finished textile products, not cotton lint,” he said.

Citing Korea’s experience, which was once a poor and at the same level with Sub-Saharan Africa (SSA), but now records a Gross Domestic Product that is currently 17 times that of SSA, he said its growth was an outcome of economic reform.

He said that the policies drove structural transformation and investment in various sectors, including agriculture and now Korea is among the top 15 economies globally, as well as is in the top ranks of major international aid donors.

“Korea’s transformation could not have been achieved without its focus on agricultural transformation, through its popular village model ‘Saemaul Undong’”, he said.

According to him, the approach increased agricultural productivity to achieve food self-sufficiency through massive support for technologies that escalated production, huge investments in rural infrastructure, rural electrification and rural telecommunications. “This is what formed the country’s stepping stone for industrialisation.”

Korea however, reiterated its commitment to aiding Africa especially through knowledge sharing of its development model.

The Deputy Prime Minister, who is also the Minister of State and Finance, Yoo Il-ho, said: “We are a true partner of Africa and we will contribute to the development of Africa. We must work together towards a brighter future for the African continent.”

But the Acting Executive Director of the Green Climate Fund, Janvier Manzanares, noted that asistance to Africa’s agriculture sector should also target helping farmers to adapt to climate change for positive results.

He underscored the importance of mainstreaming climate change in agriculture systems and highlighted his organization’s efforts to support smallholder farmers within the sub-region by strengthening their resilience to the effects of climate change.

Kenya’s Cabinet Secretary for Water and Irrigation, Eugene Wamalwa, also stressed that the erratic weather patterns that have resulted in short rainy spells and frequent drought require a shift from dependency on rain.

“Most of Africa’s agriculture is rain-fed. There is an urgent need to move from rain-fed agriculture to irrigation agriculture, and this requires heavy investment in water infrastructure,” he said.