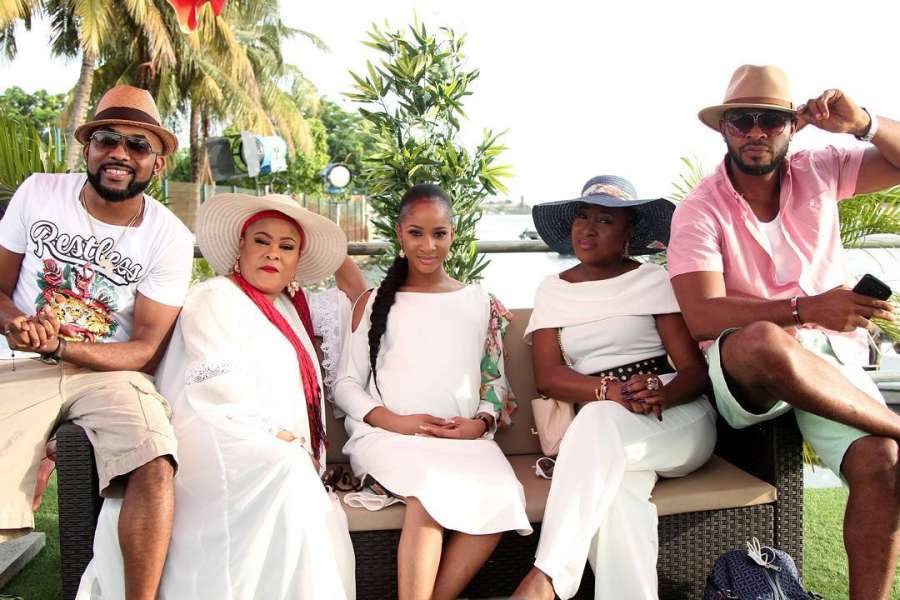 Even though reports have revealed that most Nigerians battle one form of economic hardship or the other, the new data has shown that the sum of N6.94bn was spent on movies in 2022.
The data, issued by the Cinema Exhibitors Association of Nigeria (CEAN), noted that Nigerians paid a huge amount to gain entry into the cinema to see movies of their choice.
This development is coming at a time when the majority believe that Nigerian citizens might have been losing the appetite for visiting cinemas to see movies.
The majority of the populace is fast embracing Multichoice decoders for DSTV and GoTV, thus dwindling the rate at which people patronise Cinema.
But, the data showed that Nigerians expended a record-breaking N6.94bn on movies last year, which is over N2.2bn higher than the N4.7bn realised in 2021.
The amount, nonetheless, represented a 31.7% YoY increase in revenue from 2021, the growth was less than the 55.7% increase recorded in 2021, when compared to the figure of N2.1 billion in gross earnings from 2020.
What was generated in 2020 has been, however, linked to the lockdown occasioned by the global COVID-19 pandemic. During this period whereby Nigerians, with the exemption of those on essential duties, many Nigerians stayed indoors and embraced other means of passing time and catching fun.
With the latest data, Nigerians seemed to have renewed their penchant for visiting cinema judging by the huge amount of money recorded last year.
Similarly, the most-grossed Nollywood movie in 2022 was ‘Brotherhood’ directed by Jade Osiberu. The movie fetched over N328 million in revenue and is closely followed by ‘King of Thieves’, which generated N321 million.
Also, Hollywood’s Black Panther 2 – Wakanda Forever’ was the highest-grossing Hollywood movie with N926M in revenue, followed by the Woman King with N472M in gross revenue. According to the data, Wakanda Forever is on track to becoming the first N1 billion movie.
The Box Office statistics revealed that, with admissions being unchanged from the previous year, the biggest contributor to the increase in revenues was the rise in average ticket prices. Accordingly, Nigerians paid more in 2022 than they did the year before.
Though, the data noted that cinema admissions in 2021 were a bit lower than those in 2022 as cinemas recorded 3,188,732 annual admissions in 2022 compared to 3,239,336 annual admissions in 2021.
Following these achievements in the movie industry, Africa recorded a significant stride as their counterpart, Hollywood, directed their focus on producing African content and engagement. Movies like Black Panther 2 and The Woman King, were a demonstration of that effort.
Even though Nigerians are facing economic dire straits as prices of food items and other utilities including cinema tickets, skyrocket on daily basis, Investors King observes that the urge for unwinding after a day’s work, especially on weekends, has not rescinded.
Up Next

You can access the black market Dollar to Naira exchange rate for today, 8th February on Investors King.

Note that the exchange rate changes hourly.… it depends on the volume of dollars available and the Demands. It means that…you can buy or sell 1 dollar at ₦752 and ₦755, and the price can change (high or low) within hours.

How Much Is Black Market Dollar To Naira Exchange Rate Today?

Investors King understands that the exchange rate for a dollar to naira at Lagos Parallel Market (Black Market) players buy a dollar for N747 and sell at N751 as of the time of filing this report.

Exchange Rate of Dollar To Naira in Black Market Today?

The local currency opened at N751.00 per $1 at the parallel market otherwise known as the black market today Wednesday, 8th February 2023, in Lagos Nigeria, after it closed at N755 per $1 on Tuesday, 7th February 2023.

Even though the dollar to naira opened in the parallel market at N751 per $1 today, Investors King reports that the Central Bank of Nigeria (CBN) does not recognize the parallel market, otherwise known as the black market. The apex bank has therefore directed anyone who requires forex to approach their bank, insisting that the I&E window is the only known exchange.

Here are some of the causes of the dwindling dollar to naira exchange rate.

Inflation Rates: It is well known that inflation directly impacts black market exchange rates. If the Nigerian economy can be stabilized and inflation is controlled, the naira will benefit; however, if the naira continues to fall, it may indicate that food and other necessities are becoming more expensive daily.

Interest Rates: Another tool to keep an eye on is interest rates. If the interest rate at which banks lend money rises, it would harm the economy, causing it to contract and, as a result, the value of the naira to fall.

Government Debt: National debt can impact investor confidence and, as a result, the influx of funds into the economy. If inflows are high, the naira exchange rate will rise in favour of the naira.

Speculators: Speculators frequently impact the naira-to-dollar exchange rate. They stockpile money in anticipation of a gain, causing the naira to plummet even lower.

Conditions of Trade: Favorable trade terms will increase the value of the naira to the dollar, although Nigeria is currently experiencing a trade deficit. Everything comes from China, India, and the majority of Asian countries.