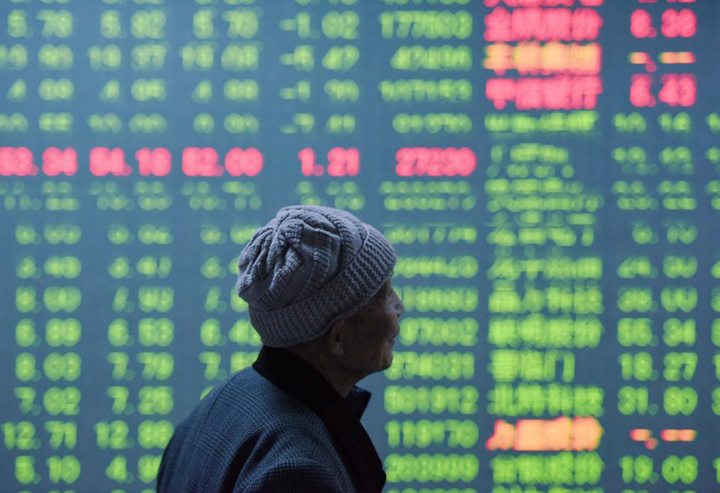 Equity markets came under heavy pressure into the close in Europe on Tuesday, as the Ukraine invasion continued and the price of oil soared.

The invasion of Ukraine by Russian forces is continuing to intensify despite talks yesterday between delegations from both sides on the border with Belarus. Further talks are expected to take place this week but that’s not slowing the assault on Kyiv, to the horror of most countries around the world.

The sanctions that have been announced so far will be devastating for the Russian economy and more are going to follow. Efforts to isolate Russia are being compounded by actions from Western firms looking to sever ties, under immense political pressure. Life is about to get much harder for Putin’s Russia.

PMIs overshadowed by events in the East

There’s been a wide array of PMI data from around the world today which, as you can imagine, hasn’t attracted the kind of attention it normally would. While much of the data looks quite promising, it doesn’t take into account recent events, and being revised data, was largely priced in already. Like much of the economic data this week, it was never likely to have any kind of significant impact on the markets, with the focus very much on what’s happening in Ukraine.

Oil soars as sanctions bite and the conflict intensifies

Oil prices are surging once more as the conflict in Ukraine intensifies, the West continues to impose severe sanctions and companies turn their backs on what is becoming an increasingly isolated Russia. We’re starting to see what impact these sanctions could have on Russian oil exports and the challenges they pose and that’s driving the price higher.

The oil rally has seriously accelerated today, breezing past $100 and gathering momentum along the way. That’s despite the US once again leading discussions around a coordinated release of oil reserves of around 60-70 million barrels, which is clearly doing little to calm the nerves. We saw an underwhelmed reaction when this happened in November as well and that was before Russia invaded Ukraine.

Gold is rallying once again in risk-averse trade as Russia’s assault on Ukraine intensifies. Sentiment in the markets has been deteriorating throughout the session and the price of gold is rising alongside that. It also comes as the price of oil has soared again today, adding to the inflationary pressures being experienced around the world.

The safe haven and inflation hedge appeal is driving plenty of support for the gold price and it’s now back above $1,930 and could have its sights set on $1,950 in the near-term. Beyond this, $2,000 suddenly looks very achievable again as nothing we’re seeing in Ukraine, or in negotiations at the border, give the impression that the end is in sight, sadly.

Bitcoin is continuing to perform well in the aftermath of the new sanctions on Russia, with the impression being that the imposition of them could lead to increased appeal of cryptocurrencies. Not to mention the reports we’ve seen recently of vast crypto donations to Ukraine to support their efforts. It would appear the link with risk assets has broken for now and bitcoin is following its own path. It’s broken $40,000 and $45,500 may not be too far away.

The Federal Government of Nigeria says it has directed the Niger Delta Development Commission (NDDC) to revoke unexecuted contracts awarded between 2000 and 2019.

Director of Corporate Affairs, NDDC, Ibitoye Abosede, said in a statement issued on Sunday in Port Harcourt. According to him, the cancellation followed recommendations of the recently-concluded forensic audit report by the NDDC.

“This is to bring to the notice of all contractors engaged by the NDDC as well as stakeholders and the general public, the implementation of the forensic audit report,” she said.

“The Presidency has directed that all contracts awarded by the NDDC from 2000 to December 31, 2019, for which the beneficiary contractors are yet to mobilise to the sites, are cancelled.

“Consequently, all affected contractors are advised to note that all monies earlier received by way of mobilisation for any of the projects are to be promptly refunded

“The contractors are to refund the monies to the commission’s account with the Central Bank of Nigeria.’’

Abosede said that the cancellation was subject to any future re-award in accordance with the Public Procurement Act and in line with the terms of the contracts for the projects.

Earlier in February, some contractors, who identified themselves as members of the Niger Delta Indigenous Contractors Association, alleged that the Niger Delta Development Commission (NDDC) owed them over N2 trillion. This, among many others, has ravaged the effective delivery of the commission.

The contractors had earlier picketed the headquarters of the NDDC in Port Harcourt, Rivers State, over the alleged outstanding debt.

Several reports have suggested that there are a group of people who have formed a “cartel” running the affairs of the commission secretly.

In 2019, the former Minister of Niger Delta Affairs, Godswill Akpabio, during an interim inauguration of a NDDC committee in Abuja said “the mandate of the committee is to help create an “enabling environment” for the forensic audit of the NDDC.”

Akpabio said the corruption and political interference have disrupted the original purpose of setting up the NDDC.

“I think people were treating the place as an ATM, where you just walk in there to go and pluck money and go away, I don’t think they were looking at it as an interventionist agency,” said Mr Akpabio, a former governor of Akwa Ibom State.