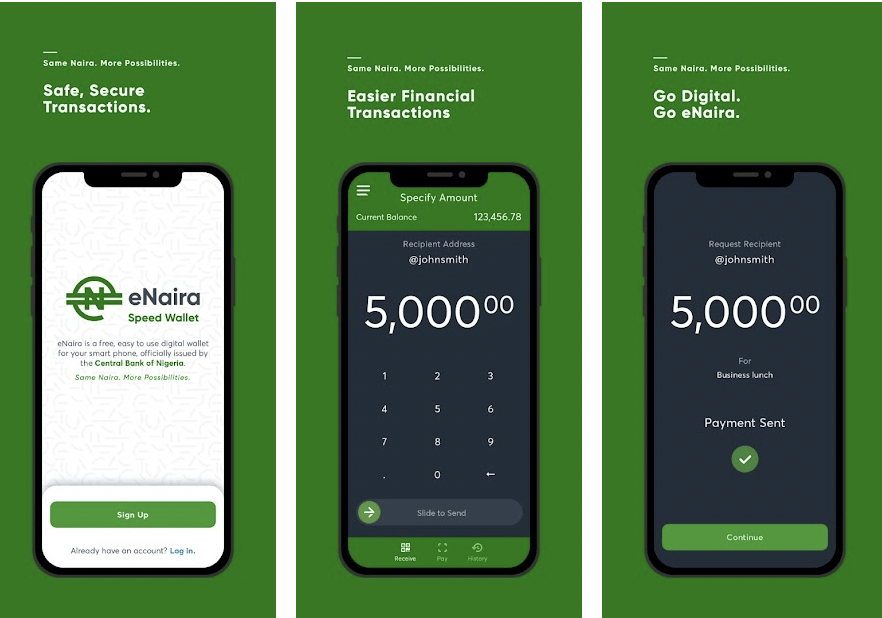 Barely 24 hours after the eNaira was launched, the eNaira speed wallet application (eNaira App) recorded over 100,000 downloads despite its rating plummeting to 2.0 on Google store as multiple users complained about glitches while using the eNaira app.

Apart from the Google store, the application can be downloaded from the Apple store, however, the number of downloads from this store is unclear as of now.

Users have to download the ‘speed wallet’ to access the eNaira.  Downloading the speed wallet allows users to conduct transactions with speed and ease. It is the digital storage that holds the eNaira and is held and managed on a distributed ledger.

Users however complained of major glitches they experienced while using the app. A user said “Very poor user experience so far. It is a known fact that having an email address wasn’t a mandatory requirement when setting up BVN, now this app wants me to provide my BVN email address.”

Another user said “I am trying to sign up using my bank, but it keeps complaining of my name not matching. Later it says too many attempts have been made for my BVN. You people need to play along with other countries with this crypto matter. At least since I have provided my BVN, the app should be able to access my data automatically. Nigeria has made a great step, but it needs to be improved. Because what is the essence of inputting my BVN and NIN if it can not automatically access my data?”

And another user said “Telling me to contact my bank for email validation despite knowing that banks can make life miserable with things like this. In my opinion, it is best if you provide a place where someone can put preferable email on the app because that’s the beauty of using the app not ‘yeye’ old ways of the banking system.

A very big proportion of the complaints seem to be about email addresses and BVN. In a response to one of the email queries, the CBN said “Before you begin, you need a valid and active email address linked to your BVN profile”. The system fetches your BVN-linked email address based on the KYC info. You also need your correct personal information such as your first name and last name, state of origin, and date of birth associated with your BVN details.”

The eNaira speed merchant wallet which is designed for businesses and allows merchants to offer a convenient way to receive money fared better. The app had 10,000 downloads on the Google Playstore and a 2.8 rating.

Chukwuebuka is an Economist and Accountant that closely follows and writes on equities, forex and crude oil for Investors King.