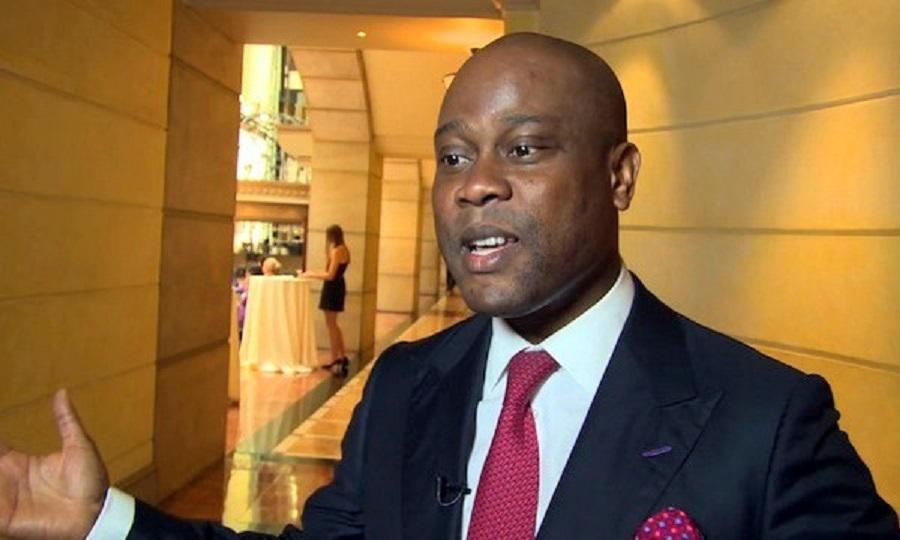 To ensure success of the Eurobond, Access Bank appointed Citi, J.P. Morgan, Renaissance Capital and Mashreqbank as Joint Bookrunners while Chapel Hill Denham and Coronation Merchant Bank were were appointed as Financial Advisers and Join Bookrunners to arrange a global invetsors call on September 27, 2021 at 2 PM UKT/9 AM NYT.

It would be recalled that Access Bank successfully offered $500 million Senior Unsecured Eurobond under its Global Medium-Term Note Programme on September 13, 2021 and received $1.6 billion bids from global investors. The largest orderbook by a Nigerian bank Eurobond transaction.

Despite tough operating environment and COVID-19 distruption, Access Bank has proven to be one of the most successful banks in Nigeria. The lender grew profit after tax by 42.43 percent in the first half of 2021 to N86.9 billion and paid an interim dividend of N10.6 billion to shareholders.

One of the reasons both local and foreign investors have continue to believe in the growing bank.

The relatively lower demand at the auction is reflective of tight system liquidity which can be partly attributed to CBN’s continuous use of the discretionary Cash Reserve Ratio (CRR) debits.

According to the MPC/CBN, the use of discretionary CRR debits are vital in controlling excess liquidity. We note that system liquidity stood at -N169.5bn as at 18 July ‘22.

Investors’ apathy towards the current level of FGN bond yields is another reason for weaker demand. The domestic fixed income market is currently dominated by local investors and real interest rates have remained negative. The headline inflation stood at 18.60% y/y in June ‘22. This is the highest headline inflation rate since January ‘17.

However, year-to-date, it has raised N1.9trn. Therefore, the DMO is likely to exceed its borrowing target for FGN bonds by end -Q3 ’22. Allowing for the smaller amounts which the FGN raises from the sale of other debt instruments such as NTBs and savings bonds, it is on track pro rata to meet the domestic borrowing target for the year.

In the secondary market for FGN bonds, YTD the average yield has declined by 8bps. In the near term, we expect yields to trend upward on the back of increased supply by the FGN. On a separate note, the international debt market is now more expensive for emerging economies like Nigeria amid monetary policy tightening by advanced economies.

We see mid-curve FGN bond yields around 11.5% – 12.7% and yields at the longer-end of the curve between 12.5% – 13.7% over the next one month. However, the level of liquidity (influenced by items such as auctions, CRR debits/refunds, bond/NTB maturities, coupon payments and FAAC allocation) would also impact the movement in yields.

MTN Nigeria, Africa’s leading telecommunication company, is seeking approval from the Securities and Exchange Commission to raise another N200 billion via bond issuance for network expansion.

MTN Nigeria, Africa’s leading telecommunication company, is seeking approval from the Securities and Exchange Commission to raise another N200 billion via bond issuance for network expansion.

The telecom giant disclosed this in a statement signed by Uto Ukpanah, Company Secretary, MTN Nigeria, and obtained by Investors King.

MTN Nigeria plans to use the proceeds of the bond issuance for capital expenditure such as network expansion, working capital management, and general corporate purpose.

“The company will decide on issuances under the Second Bond Issuance Programme in due course subject to prevailing market conditions and obtaining relevant regulatory approvals,” the company added.

Another Decent Bond Auction for the DMO – Coronation Merchant

Based on the DMO’s bond issuance calendars, the debt management office set out to raise a total volume of between N1.1trn – N1.2trn in H1 ‘22. However, the DMO has raised N1.8trn at its bond auctions which include non-competitive sales to public agencies.

Allowing for the smaller amounts the FGN raises from the sale of other debt instruments such as NTBs and savings bonds, it is on track pro rata to meet the domestic borrowing target for the year.

On external borrowing, in March ’22, the DMO raised USD1.25bn (N526.8bn) through Eurobonds. However, In May ‘22, the finance minister stated that Nigeria is unlikely to borrow from the international capital market in the near-term. This is as a result of worsening external financing conditions as advanced economies tighten their monetary
policies to combat rising inflation.

Coronation Merchant notes that the average yield in the Eurobond market for sovereigns under our coverage has increased to 12.9% (as at 30 June ’22 ) from 7.2% at end-2021. Therefore, Coronation Merchant expects increased borrowings in the domestic debt market. However, the DMO’s bond issuance calendar for Q3 ’22 is yet to be published.

FGN bonds represented 70.7% of total FGN domestic debt as at end-March ’22, compared with 72% at end- December ‘21. It is worth highlighting that investors also have access to alternative fixed-income instruments such as corporate bonds and commercial papers.

According to the FMDQ, as at 30 June ’22, the collective market capitlisation of these instruments stood at N1.5trn.

Nigeria’s domestic fixed income market has been dominated by local investors since the peak of the pandemic in 2020. The participation of foreign portfolio investors in recent auctions has been minimal.

The latest monthly report by National Pension Commission (PENCOM) show that as at end-May ’22, FGN bonds held by pension fund administrators had increased by 3% m/m and 10.4% y/y to N8.5trn.

The PENCOM report shows that FGN bonds accounted for 59.7% of total assets under management, compared with 61.5% recorded in the corresponding period of 2021.

Although, the long-tenure nature of FGN bonds (with maturities of up to 50 years) contributes to the attractiveness of this asset class. YTD average yield in the secondary market for FGN bonds has declined by 37bps.