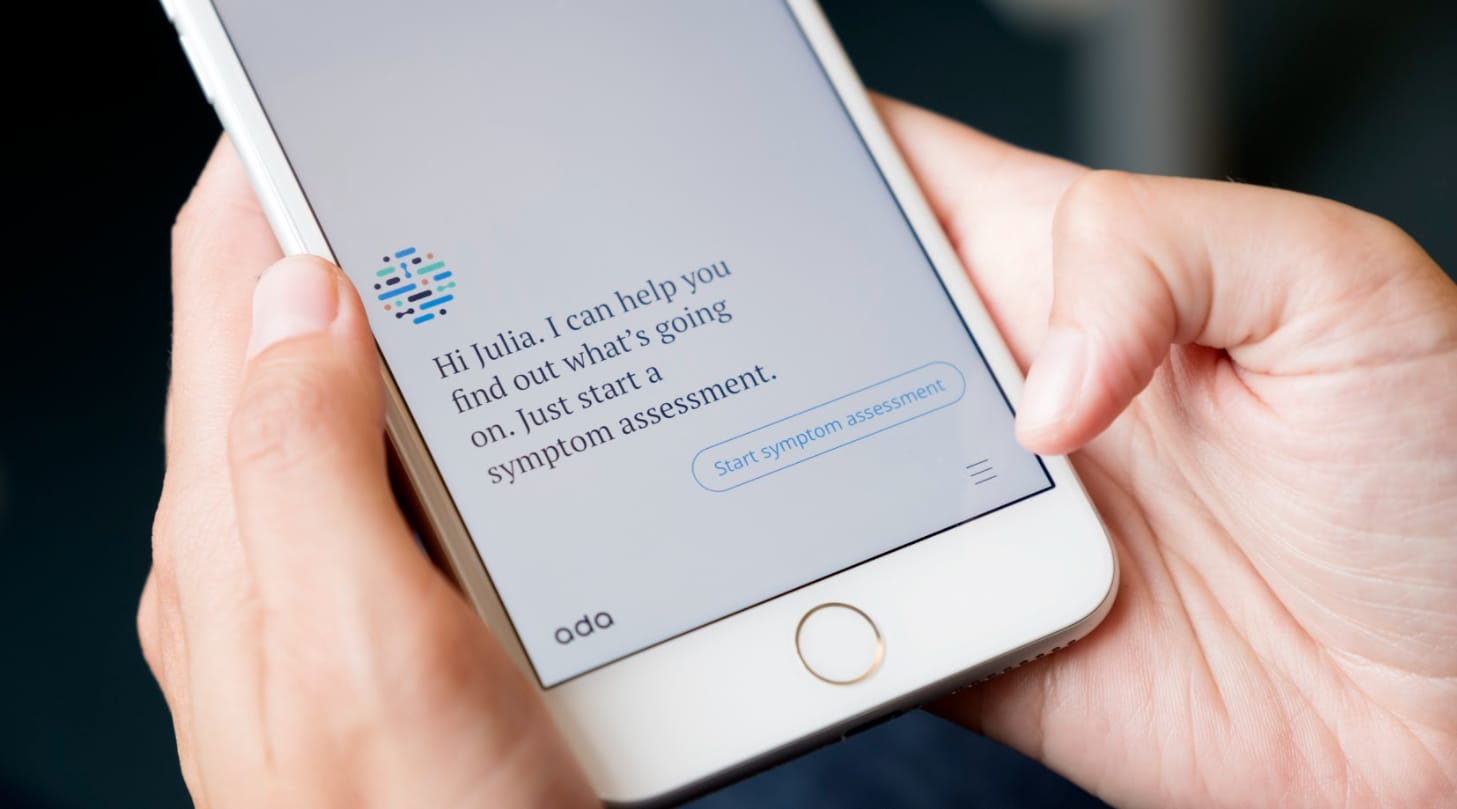 Berlin-based Ada Health, which has developed a doctor-in-your-pocket-style app that uses artificial intelligence to try to diagnose symptoms, has been backed by investment arms of South Korea’s Samsung and German pharmaceutical giant Bayer.

Ada Health announced Thursday it has raised a $90 million funding round at an undisclosed valuation that brings total investment in the company up to around $150 million.

Bayer led the round through its Leaps by Bayer investment arm, while Samsung invested through the Samsung Catalyst Fund, a U.S.-based venture capital fund that Samsung Electronics uses to back companies worldwide. Samsung Electronics’ former chief strategy officer and corporate president, Young Sohn, has joined the board of Ada Health.

Founded in 2011 by entrepreneurs Dr. Claire Novorol, Martin Hirsch and Daniel Nathrath, Ada Health says its app has been downloaded over 11 million times.

“The app basically works like a WhatsApp chat with your trusted family doctor, but 24/7,” CEO Nathrath told CNBC.

The patient starts by entering their symptoms, and an AI chatbot will ask a series of questions to try to determine the issue. After that, the app will present the patient with the conditions that are most likely to be the cause and offers some suggestions on what to do next to address the issue.

The iOS and Android apps give generic advice such as to see a GP in the next three days. But when patients interact with Ada Health through a health system that uses the app, they can go straight into booking an appointment and sharing the outcome of their pre-assessment with a real doctor, Nathrath said.

While the app is free for patients to download, Ada Health charges partners for access to its software.

The company said the new funding will be used to help it expand deeper into the U.S., which is already its biggest market with 2 million users. Elsewhere, Ada Health has roughly 4 million users across the U.K., Germany, Brazil and India, with roughly 1 million in each.

The funding will also be used to improve the company’s algorithms, add to the medical knowledge base and go beyond 10 languages, Nathrath said.

He also wants to feed the Ada Health app with more information beyond symptom data provided by the patient. That could include lab data, genetic testing and sensor data, Nathrath said.

“Smartwatches and other sensors have really made a big leap forward,” Nathrath said. “Nowadays you can measure your blood pressure, you can do an ECG, measure heart rate variability and blood oxygen levels.”

“Our ambition is really to build what we call a personal operating system for health where you wouldn’t just have a symptom check, but you would be able to integrate all relevant sources of health information in a way where ideally Ada becomes this companion that can alert you before the £100 problem becomes a £100,000 a year problem.”