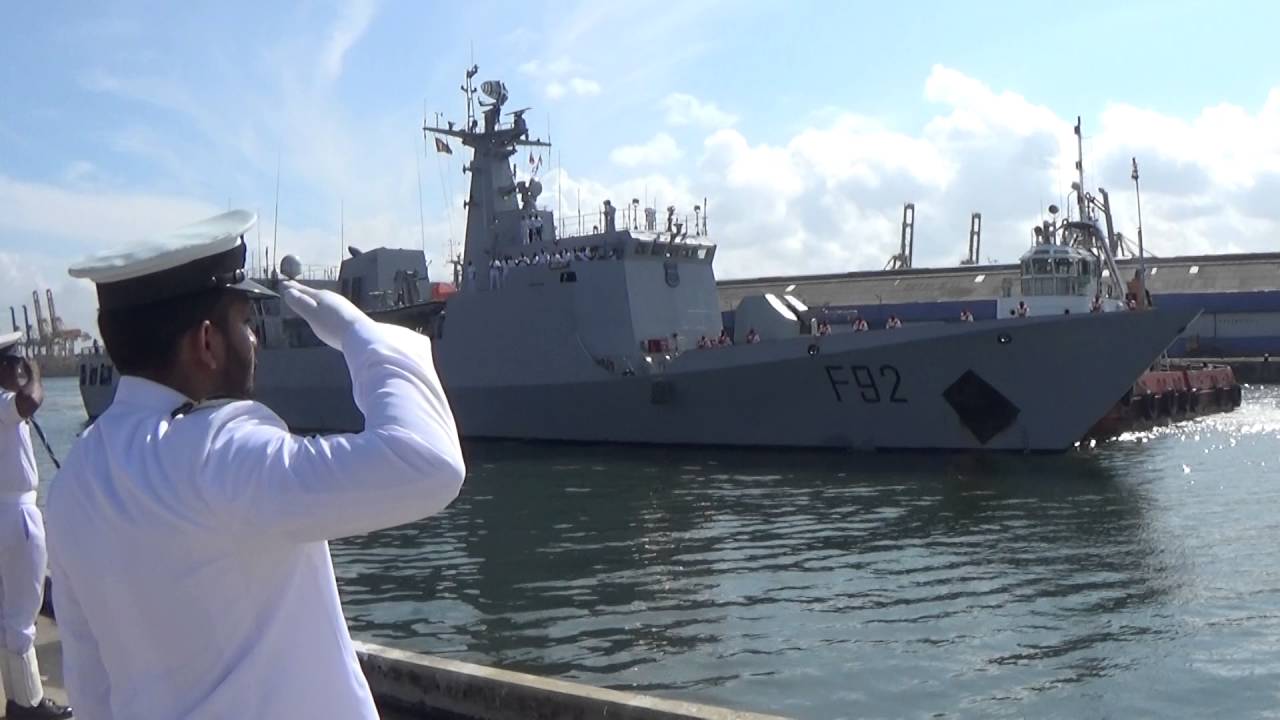 The Nigerian Navy has acquired a new hydrographic and oceanographic research vessel, NNS LANA, to replace the previous one which was decommissioned ten years ago, with a view to enhancing the safety of the nation’s maritime domain as well as in the Gulf of Guinea.

The Navy took delivery of the new offshore survey vessel from the French shipyard, OCEA, in Saint Nazaire, France, after the provisional acceptance trials were concluded.

The vessel is expected, among other benefits, to allow the Nigerian Navy to have a better knowledge of its maritime territory and its Exclusive Economic Zone; enhance coastal and deep-sea scientific research and studies; provide assistance and supplies to other boats, as well as helicopter winching and towing of ships.

Speaking at the Flag Transfer ceremony in France, the Minister of Defence, Major General Bashir Magashi, disclosed that the vessel was launched in September 2020, explaining that the NN’s choice of OCEA to carry the contract followed an international call for tenders for the acquisition of a hydrographic research vessel and associated logistical support services.

The minister who was represented by the Chief of Naval Staff, Vice Admiral Awwal Gambo, said: “The provision of survey services and charting place a crucial role in ensuring safe navigation as well as delivery of maritime security.

“Hence, this vessel will not only enhance the safety of Nigerians maritime environment but the ship will serve as a critical component in the projection of naval power for enhanced maritime security in the Gulf of Guinea. It will also play a critical role in the protection of maritime resources and preservation of law and order at sea, thus, contributing significantly to the promotion of global maritime commerce”.

According to him, “It is also capable of conducting geophysical studies, search and rescue operations as well as patrol duties. The ship is equipped with state-of-the-art modern survey equipment as well as a well-equipped 7.6m surface vehicle for shallow water surveys. Furthermore, the ship has an Automatic Weather Station, AWS, wet and dry laboratories, scientific and technical workshops as well as operating and processing rooms for survey data.

“For security, the ship would be equipped with 30 mm and 2×12.7 mm guns upon arrival in Nigeria. NNS LANA was handed over to the Nigerian Navy in France on January 15, 2021, after the provisional acceptance trials were concluded. The crew training commenced in January 2021 and ended on April 12,201.”

The change of flag ceremony, according to him, marked the vessel’s readiness to embark on her maiden homebound voyage to Nigeria and is expected to join the Nigerian Navy Fleet in May 2021.