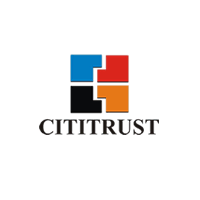 Cititrust Financial Services, an investment firm, has said it has perfected arrangements to list by introduction on the Nigerian Stock Exchange before the end of the second quarter.

It also said it would make quality and significant contribution towards the growth of the economy, especially in the Small and Medium Scale Enterprises sub-sector.

A statement titled ‘Cititrust Financial Services affirms its support to SMEs in Nigeria’ on Sunday said this was despite the challenging economic and regulatory landscape.

The Country Chief Executive Officer, Cititrust Financial Services, Mr Ikechukwu Peter, said that the company’s decision to list on the exchange was to make its shares available to more Nigerians and to raise capital.

According to him, SMEs accounted for the majority of businesses worldwide and were significant contributors to job creation and global economic development.

He stated, “Also, they represent about 90 per cent of businesses and more than 50 per cent of employment worldwide.

“It is equally on record that formal SMEs contribute up to 40 per cent of Gross Domestic Product in emerging economies.”

Following the belief that creating avenues for business improvement, profitability and sustainability was important to the growth and advancement of any nation, Cititrust Financial Services assured it would unlock several opportunities for SMEs to thrive, he stated.

On growing the business, he said the company would also grow its balance sheet size of N36bn by 50 per cent before the end of 2021.

He said that the company was also making plans to migrate Living Trust Mortgage Bank from a state licensed mortgage bank to a national mortgage bank.

Peter said, “We are coming up with a programme through our Cititrust Academy on April 15, where people can learn the basics of business and be able to impact their operational lives as they move on.”

Investors that invested in the Nigerian Exchange Limited (NGX) gained N25 billion on Wednesday as more stocks closed in the green.

The Nigerian Exchange Limited (NGX) rebounded slightly from bearish trends on Tuesday as investors gained N2 billion after weeks of trading in the red.

The market capitalisation of all listed equities depreciated by N3 billion from N20.279 trillion it closed on Friday to N20.276 trillion on Monday. While the NGX All-Share Index declined by 0.02 percent from 38,921.78 index points recorded last week to 38915.62 index points on Monday.