Investors made a whopping N738 billion last week as bullish sentiment pushed the market value of listed stocks above N22 trillion, the highest in almost a decade.

The three most traded stocks were during the week were Transnational Corporation of Nigeria, Union Bank of Nigeria Plc and Zenith Bank Plc. Together they accounted for 633.261 million shares worth N5.634 billion in 3,947 deals and contributed 24.64 percent and 20.20 percent to the total equity turnover volume and value, respectively.

The Nigerian Stock Exchange has gained 5.32 percent in January 2021.

Champion Breweries led top gainers with a 59.49 percent gain. See the details below. 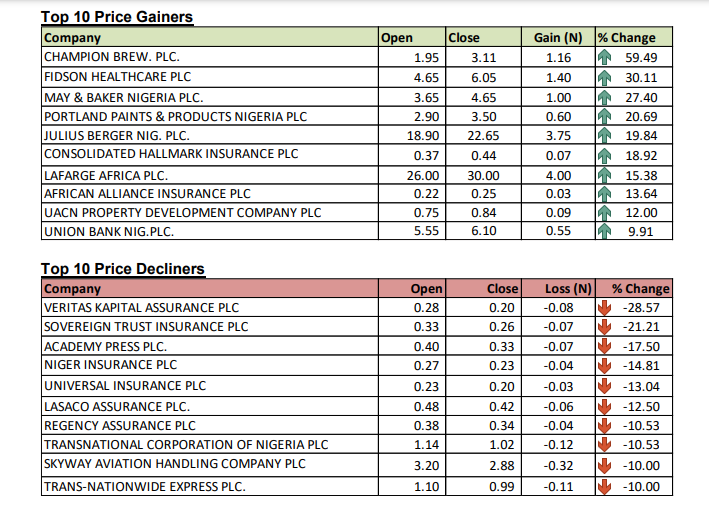 Stock Market Opens the Week in Red Despite Seplat, Others Recording Gains