In terms of volume traded, the financial services industry led the activity chart with 1.489 billion shares worth N8.385 billion traded in 10,834 deals. Therefore, contributed 78.65 percent and 47.52 percent to the total equity turnover volume and value, respectively.

Jaiz Bank, First Bank and Niger Insurance led the most traded equities by volume, accounting for 761.866 million shares valued at N1.468 billion in 1,395 deals. The three equities contributed a combined 40.25 percent and 8.32 percent to the total equity turnover volume and value, respectively

The Exchange has now gained 20.55 percent in this final quarter, 5.03 percent in December and 37.12 percent from the year-to-date.

Nigerian stock market rebounded from the previous week’s decline after Buhari ordered the immediate reopening of the nation’s land borders to facilitate commerce with neighboring countries.

Local investors are expecting the move to boost stocks of certain sectors, especially the banking and manufacturing sectors. Also, the rebound in crude oil prices after both the United Kingdom and the United States approved Pfizer COVID-19 vaccine and the almost agreed $900 billion COVID-19 aid by US lawmakers bolstered global confidence and sentiment last week. 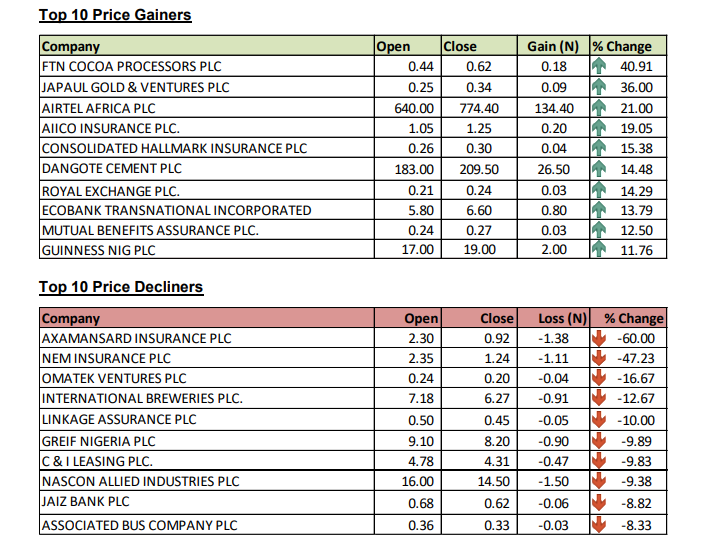