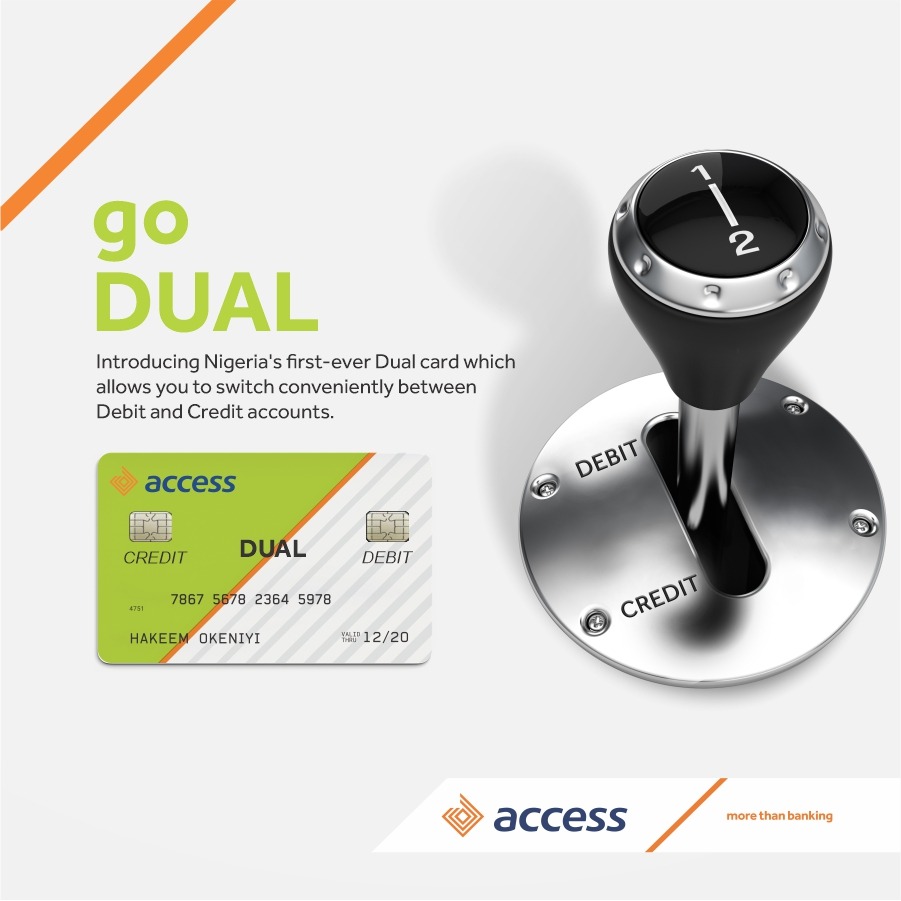 The Dual Transaction Service (DTS) is a bundled service designed to allow pre-approved customers access a credit line through their existing debit card. “This is the first time any bank in Nigeria will be providing this kind of combined essential service to its customers. We have been encouraging our customers to stay safe and connected by going cashless while using our various digital channels. We know these are trying times and our customers may need an extra boost during this period so rather than have them go through the rigorous process of applying for a credit card, we will give them access to more funds using their existing debit cards.

This service is available to all Access bank customers who earn from N20,000 and above. Customers can also access 3 times the value of their salary during this period of restricted movement. This is a remarkable feat and we will continue to promote digital transactions and discourage branch banking until we are completely come out of the pandemic times” says the Executive Director, Retail Banking, Access Bank Plc., Victor Etuokwu.

To activate this service, all our customers need to do is dial *901*14# from the comfort of their homes, choose credit as account type on any POS or ATM terminal during any transaction to access the credit line through their debit card.

“The dual card service from Access bank Plc is the first-of-its-kind on the continent. The features of the dual transaction service represents another milestone in our mission to transform banking and demonstrates how far we have come in such a short time” he added.

Access Bank recently donated N1Billion as part of its contribution to fight coronavirus in Nigeria.

The Bank has also reached out to its customers via several communications (SMS, Emails) to go cashless by using the Access Bank electronic and digital platforms during this period of the pandemic to remain safe.

To activate for the dual transaction service, simply dial *901*14# or click HERE to learn more.

MTN to Sell Part of 79% Stakes in Nigerian Business

Airtel Africa Plc, a leading telecommunications company in Africa, grew its customer base by 8.4 percent to 120.8 million in the first quarter (Q1) of 2022.

The telecoms giant recorded strong revenue in Nigeria, up by 38.2 percent and posted 32.8 percent in East Africa while it achieved 24.9 percent in Francophone Africa.

Airtel Africa’s first quarter begins from April to June of the current year and the year ended in the first quarter of the following year. Hence, why it is quoted Q1 2022.

 Q1’22 Reported revenue grew by 30.7% to $1,112m, with constant currency growth of 33.1%. Revenue growth partially benefitted from a weakened quarter in the prior year during the peak of Covid-19 restrictions across the region. Even after adjusting for these effects, revenue growth rates for the Group, service segments and reporting regions were all ahead of Q4’21 trends.
 Strong revenue growth was recorded across all regions: Nigeria up 38.2%, East Africa up 32.8% and Francophone Africa up 24.9%; and across key services, with revenues for voice up 26.0%, data up 37.4% and mobile money up 53.7%.
 Underlying EBITDA grew by 42.4% to $534m in reported currency, while constant currency growth was 46.2%.
 Underlying EBITDA margin was 48.0%, an increase of 396 basis points(increase of 428 basis points in constant currency) led by both revenue growth and improved operational efficiencies.
 Operating profit was $352m, up 67.6% in reported currency and 73.9% in constant currency.
 Profit after tax more than doubled to $142m, up 148.7%, largely due to the higher operating profits along with stable net finance costs which more than offset the increase in tax charges due to increased profits.
 Basic EPS was 3.3 cents, an increase of 200%, as a result of higher profit and stable finance costs and foreign exchange. EPS before exceptional items was 3.2 cents.
 Operating free cash flow (underlying EBITDA less capex) was $428m, up 38.7%.
 Customer base grew by 8.4% to 120.8 million, with increased penetration across mobile data (customer base up 14.8%) and mobile money services (customer base up 24.6%). The slowdown in customer base growth was due to new SIM registration regulationsin Nigeria; excluding Nigeria the customer base grew by 15.9%.

Commenting on the company’s performance, Raghunath Mandava, chief executive officer, said “Our Q1’22 results have been very strong, with reported growth of 30.7% in revenue and 42.4% in underlying EBITDA, with constant currency growth of 33.1% and 46.2% respectively. Q1 of last year was impacted by the start of Covid, but even after adjusting for these effects, our Q1’22 revenue growth rates for the Group, service segments and reporting regions were all ahead of Q4’21 trends.

We have posted strong double-digit growth across voice (26.0%), data (37.4%) and mobile money (53.7%), and across all our regions. Sub-Saharan Africa is now experiencing a third wave of the pandemic. Governments are implementing balanced measures of lockdowns and restrictions. But vaccinations levelsremain very low. In these challenging times our business model has so far proven resilient, but we continue to monitor the situation closely for the potential impact on local economies and consumers.

Our total customer base has returned to growth with acceleration in our East Africa and Francophone regions and despite continuing negative net additions in Nigeria. With the easing of these restrictions in late April we have since been able to gradually increase locations for activations in line with regulatory compliance across Nigeria, and we have begun adding new customers.

Our continued focus on modernisation and rollout of our network, along with simplifying our products and improving our distribution, have all helped us to make handsome gains on our ARPUs across voice, data and mobile money. Our robust operating model and solid execution should enable us to continue our profitable growth.

We continue to see huge potential across voice, data and mobile money due to the low penetration levels in Africa, as we continue to partner the nations in bridging the digital divide and enhancing financial inclusion. We remain committed to continue to efficiently and effectively deliver services that help to improve the lives, communities and economies we serve.” 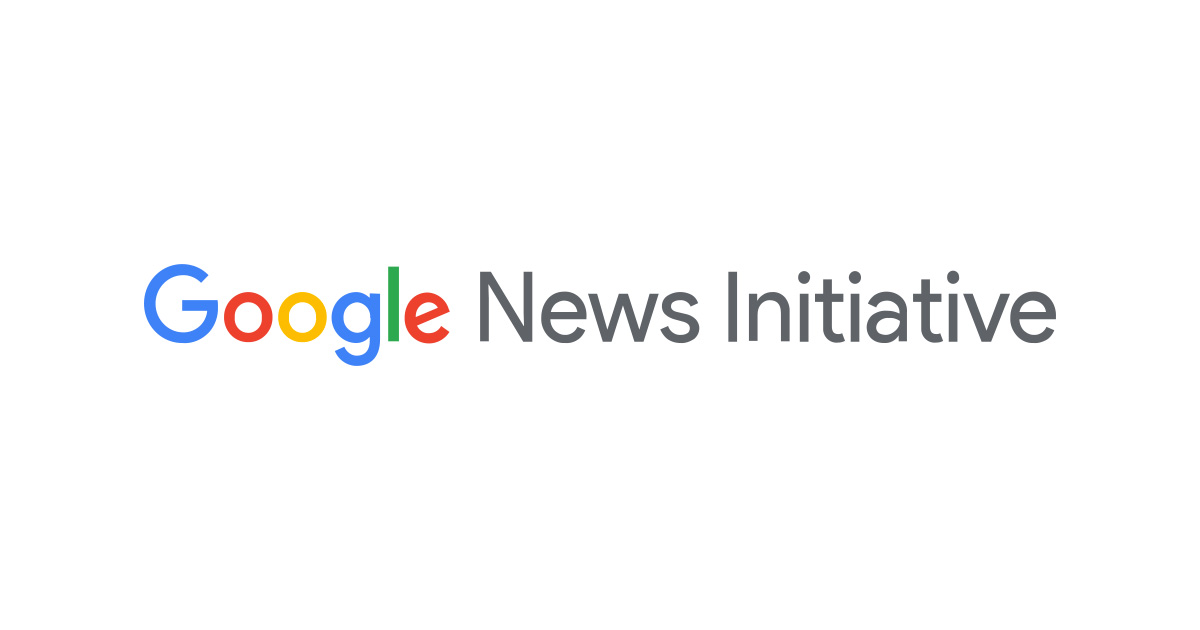 The world’s leading search engine Google on announced it will introduce a new strike-based system to clamp down on advertisers who repeatedly violate the company’s ads policies.

In a statement released on Wednesday, the tech giant said the new strike based system would be introduced in September 2021, to be precise it said implementation of the new system will commence on September 21, 2021, “with a gradual ramp up over a period of 3 months, for the following policies: Enabling dishonest behavior, Unapproved substances, Guns, gun parts and related products, Explosives, Other Weapons, and Tobacco.”

“Please note that this update does not impact the account suspension procedures for egregious Google Ads policy violations.”

To help ensure a safe and positive experience for users, Google requires advertisers to comply with Google Ads policies. As a part of the Google Ads enforcement system, Google will begin issuing strikes to advertisers, which will be accompanied by email notifications and in-account notifications to encourage compliance and deter repeat violations of our policies.

An advertiser’s first policy violation will only result in a warning. But advertisers will earn their first strike if we detect continued violation of our policies. Advertisers will be able to receive a maximum of three strikes, and the penalties applied with each strike will progressively increase. Temporary account holds will be applied for the first and second strikes (for 3 and 7 days respectively), while the third strike will result in an account suspension.

An advertiser placed on a temporary account hold will be required to remedy the violations in question and to submit an acknowledgement form to resume serving ads. Following this acknowledgement, their account will be released from the temporary account hold state either 3 days after the first strike was issued, or after 7 days for a second strike. Advertisers can also appeal a strike decision if they believe it was issued in error. Ads will resume serving immediately after successfully appealing the strike. Accounts will remain on temporary hold if no action is taken by the advertiser to either acknowledge or appeal a strike. Strikes will remain on the Google Ads account for 90 days unless they’re successfully appealed.

Accounts suspended following a third strike will not be able to run any ads or create new content unless the suspension is successfully appealed. Learn more about suspended accounts.

Last week, reports manifested of a newly announced partnership between Cheyney University and the soon-to-be-built Oboseke University of Excellence. Within the partnership, the American college, which is situated only thirty miles from Philadelphia, will help the new university in Ghana set up a program focused on aquaponics and aquaculture. In exchange, Oboseke University will provide space on its campus for projects of joint interest.

“For folks unfamiliar with food production, they are often unfamiliar with the extensive use of technology employed in the industry, particularly in the realm of aquaponics. My understanding is that Cheyney’s existing program grows tilapia, and then they use the waste as fertilizer for their basil. Ghana currently imports a significant portion of its tilapia from China, so this aquaponics program is a great way to help provide real value to the local community. However, the partnership could go beyond aquaponics,” suggested Richard Gardner, CEO of Modulus, a US-based developer of ultra-high-performance trading and surveillance technology that powers global equities, derivatives, and digital asset exchanges.

“You’re sitting on a new university that really has yet to define itself. It’s already looking into how its programs can provide real value to the people of Ghana. It has established a relationship with a college in the United States which would presumably like to continue to build its footprint. Notably, Cheyney partnered recently with a biochem company, leading to the opening of a laboratory on its campus. This new partnership would be a great cornerstone for Oboseke University to build on, and to develop and serve as an incubator for young innovators who attend as students,” opined Gardner.

“To be able to share our experience and knowledge with this emerging African university, and potentially help the people of Ghana develop a more accessible food supply, is an extremely significant opportunity for us, a tribute to our academic excellence, and an honor,” Cheyney President Aaron Walton has been quoted as saying.

“First, start with food supply. Then look at technology. Ghana is currently leading the way in its region, as it works toward developing a central bank digital currency. That program relies heavily on blockchain technology, and it appears that Ghana is well-ahead of its neighbors on this issue. They’re starting to build a culture of innovation, and this partnership with Cheyney really allows them to further develop that. If the universities collectively brought in a few advisors from both sides of the ocean, they could offer a workspace to innovators in Ghana who are building technologies based on blockchain concepts or in other similar avenues, such as artificial intelligence or within MedTech,” Gardner says.

“Sometimes, we think of an incubator as an institution with hundreds of millions of dollars in backing and the most prestigious minds in the industry serving as advisors. But, sometimes, it can all start with folks who want to volunteer their time and expertise to help the next generation build something really cool. In a world filled with venture capital raises, it is easy to forget that, sometimes, all innovators need is a little conceptual guidance to bring their vision to life,” said Gardner.