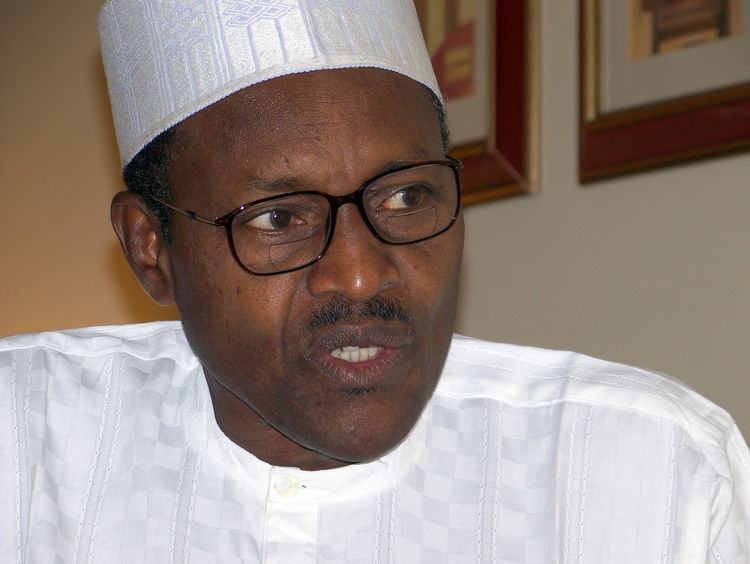 Following President Muhammadu Buhari decision to restrict the Central Bank of Nigeria from providing foreign exchange to importers of food items, experts across the country have called on the President to respect the independence of the central bank and warned the Federal Government of the danger of a total ban of food imports in a nation that imports over 90 percent of its consumption.

President Muhammadu Buhari had ordered the Central Bank of Nigeria to stop providing foreign currency for Nigeria’s food import bill to ease pressure on the foreign reserves and speed up diversification process embarked on by the administration.

“President Muhammadu Buhari … disclosed that he has directed the Central Bank of Nigeria (CBN) to stop providing foreign exchange for importation of food into the country,” Tuesday’s statement said.

“Don’t give a cent to anybody to import food into the country,” Buhari said, according to the statement, which said that the call was in line with efforts to bring about a “steady improvement in agricultural production, and attainment of full food security”.

“The foreign reserve will be conserved and utilised strictly for diversification of the economy, and not for encouraging more dependence on foreign food import bills.”

Experts, however, warned that lack of central bank’s autonomy could hurt economic growth as vital economic decisions will be made by those that lack economic fundamentals.

“But his comments will continue to drive home the sense that Buhari has no idea how to manage an economy and will raise uncertainty about what other [foreign exchange] restrictions are coming, and contribute to already low business confidence,” said Amaka Anku, Africa director for the Eurasia Group.

She said the central bank “should know that a total ban of food imports is not practical and I doubt that will be the policy.”

Godwin Emefiele, the Governor of the Central Bank of Nigeria, an advocate of local production, had earlier restricted importers of milk from accessing forex from the apex bank and refuted a nationwide criticism that the decision will hurt the industry as Nigeria is only producing 600,000 metric tons per annum while the nation needs 1.3 million MT per year.

According to the National President, National Palm Produce Association of Nigeria, Henry Olatujoye, it would be suicidal to take a nine percent per annum interest loan in an industry where you need a four-year maturity period to grow crops.

“It takes four years for oil palm tree to fruit. It then means that the person will pay N360m on interest alone by the time the fruits come out,” he said.

“If one obtains a minimum loan of N1bn at an interest rate of nine per cent, one would be paying N90m every year.” Suggesting that while the central bank is curbing importation of food items, it is unable to stimulate local production through the right initiatives as sold to the Nigerian masses.

Local investors are wary of high-interest rates in an economy with weak consumer spending, high unemployment, and poor infrastructure.

In fact, continuous restriction without a viable alternative will lead to scarcity and higher consumer prices as more cash will be chasing a few smuggled products.

Bismarck Rewane, an economist and the head of Lagos-based consultancy Financial Derivatives, also pointed to the danger of the new policy.

According to the economist, a curb on foreign exchange for food imports after signing the African Continental Free Trade Agreement (AfCFTA) will create a dumping ground in Nigeria as those scarce goods can now find their way into the Nigerian economy ‘tax-free’.

A study conducted by the Centre for Trade and Development Initiatives, University of Ibadan, noted that with Nigeria’s manufacturing sector still not competitive compared to other top African nations, Nigeria’s imports would rise by 251 percent in the next 15 years after the AfCFTA agreement is implemented in 2020.

This highlighted the significance of healthy local manufacturing while simultaneously pointing to the contradiction between the Federal Government’s goal and the recent economic policies.

Restricting importation of foreign food items after signing the AfCFTA will merely create opportunities for African producers in the absence of competitive local production.

The move “stands in stark contrast to the strategy outlined in the Africa Continental Free Trade Area agreement, and this policy will certainly not set Nigeria’s agricultural sector up to take full advantage of a liberalisation of trade barriers across the continent,” Cobus de Hart, chief economist at NKC African Economics wrote in a research note.