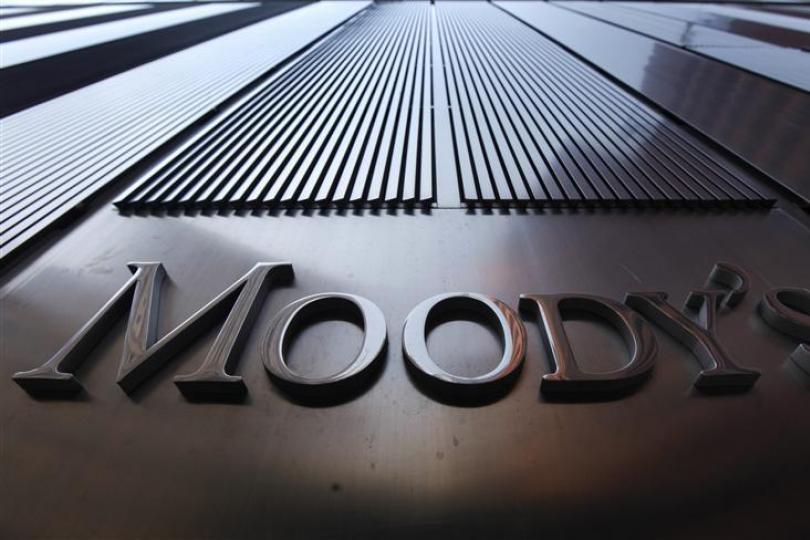 Africa’s second-largest economy contracted by the most in 10 years in the first quarter amid power outages that plunged its economic productivity.

The economy contracted by 3.2 percent in the quarter, putting 1.3 percent projected by experts for 2019 in doubt.

A few days later, Moody’s announced it had lowered the country’s growth projection for 2019 from 1.3 percent to 1.0 percent after its poor first quarter number.

“The first-quarter contraction presages low growth in the year as a whole,” Villa added.

The African energy sector continues to solidify partnerships with German investors and technology with the aim of leading energy businesses from Germany, Europe and across the African continent. From upstream to downstream, Africa’s energy sector must accelerate its transition to net-zero, continue to adopt new technologies and start to embrace digitization and decentralization over the next decade.

The 14th German African Energy Forum in Hamburg hosted by Afrika Verein continues this dialogue and pushes for investment with a clear focus on highlighting the entire African energy mix, together with economic cooperation between Germany and Africa.

As stated by Afrika-Verein, “the economic impacts of the COVID-19 pandemic, climate change and the ongoing digital transformation of economies need a green, smart and quick response from the energy sector. Power generation is still one of the main enablers for inclusive economic growth in Africa.” With this said, the African Energy Chamber strongly endorses and supports the 14th German African Energy Forum in Hamburg in its efforts to do so.

In the same manner, there is a strong need for German and African businesses and policymakers to support policies that create an enabling environment for investment in a fair and evolving industry. Germany’s march to net-zero transition can’t be met if Africa is behind. The African energy sector’s ability to support the rapidly increasing demands for electricity, the deployment of smart infrastructure to manage energy more effectively, gas monetization, combating energy poverty and the approach we take to financing Africa’s clean energy transitions in a post Covid era makes this forum more important than ever.

The 14th German African Energy Forum is set to provide key market insights, trends and opportunities over the next decade as the energy sector prepares to support a global green economy.

“Year after year, Afrika Verein has been consistent in keeping Africa at the center of German foreign policy and energy policy. Their ability to bring together key stakeholders from Africa and Germany to work on energy matters including Germany and Africa is inspiring” stated NJ Ayuk, Executive Chairman of the African Energy Chamber.

“We are going to need a real net-zero transition that takes into consideration policy, regulation, innovation, technology and investment in Africa. A disorderly transition creates a stronger impulse for job losses, geographic inequity and a deterioration in inequality. In return, economic disenfranchisement can reduce public support for environmental policies over time Germans and Africans need to work together to avoid it.” Concluded Ayuk.

The Africa Energy Chamber believes Hamburg will be a great place for energy investors, project developers, policy makers and innovators to share insights and expertise on key transition trends and opportunities in Africa.

The Nigerian National Petroleum Corporation (NNPC) has picked 26 foreign and local companies as well as 12 countries to lift the country’s crude oil for the next two years.

The crude term contracts, expected to run from 2021 through 2023, would see the firms and the selected nations, which would operate on a Government-to-Government (G2G) basis to purchase the commodity from the national oil company.

The deal is coming less than a week after the corporation chose 16 oil and gas consortia for its new crude-for-fuel swap contracts for one year starting in August.

The contracts, known as Direct Sale, Direct Purchase (DSDP) are high-stakes agreements used to supply nearly all of Nigeria’s petrol needs as well as cover some of its diesel and jet fuel consumption.

However, in the fresh crude oil term agreements, it was observed that the names of majority of the companies involved in the DSDP deal also appeared in the list of those picked by the national oil company for the crude term contracts.

Other names listed by the NNPC as having qualified for the contracts included Masters, AMG, Casiva, Barbedos, Trafigura, Hindustan and Patermina.

NNPC has its own equity share of crude oil from its Joint Ventures (JVs), usually shared on a 60 to 40 basis and thereafter appoints companies and issues licences to lift its share of the oil on a Free on Board (FOB) basis.

The companies and countries nominate ships that transport the crude which is sold in the international market. Sometimes, the NNPC also awards contracts to governments to carry out the business.

Typically, entities qualified to take part in the contract bid are divided into four categories, namely a bonafide end user who owns a refinery and or retail outlets that can process Nigerian crude oil grades.

For the government to government contracts, or what is termed “bilateral relationships”, with what the corporation terms “high energy consuming nations”, bidding nations must provide proof that the entity is wholly owned by the relevant country or provide evidence of a bilateral agreement with the designated nation.

For indigenous firms, they are required to have a minimum turnover of $200 million or the naira equivalent and a net worth of $100 million for the preceding financial year ending.

Bidders are also to show their ability to handle supplies of crude and must list facilities and products processed or sold over the last three years, in addition to disclosing links to NNPC or the Bureau of Public Procurement (BPE) and confirming that directors have not been convicted of fraud or financial impropriety.

As with all Nigerian tenders, NNPC also highlights that the local content law must be strictly adhered to in terms of, among others, the use of Nigerian shipping companies, insurance and banks where possible.

In the past, Civil Society Organisations (CSOs) in the country’s oil and gas space had argued that G2G contracts with smaller, non-refining countries have high governance risks and low policy benefits for Nigeria.

For instance the Nigeria Natural Resource Charter (NNRC) has asked that term contracts should be carried out through a transparent and competitive tender process that includes robust pre-qualification standards and an end of sales to smaller non-refining countries unless NNPC can publicly explain the deals’ policy benefits.

Oil prices were mixed in a tight range on Monday after the recovery of a major U.S. pipeline network eased concerns over supply, though fresh restrictions in Asia amid surging COVID-19 cases weighed on sentiment.

“The market has no clear direction today though a new wave of restrictions to curb the pandemic in Asia is chilling the market mood,” said Satoru Yoshida, a commodity analyst with Rakuten Securities.

Investors remained cautious on worries that the highly transmissible coronavirus variant first detected in India is spreading to other countries.

Some Indian states said on Sunday they would extend COVID-19 lockdowns to help contain the pandemic, which has killed more than 270,000 people in the country. There are fears that the nation’s annual budget may fall flat as it did not account for a crippling second wave of COVID-19 infections.

Singapore warned on Sunday that new coronavirus variants were affecting more children, as the city-state prepares to shut most schools from this week, while Japan has declared a state of emergency in three more prefectures hit hard by the pandemic.

Disappointing retail data from China also added to pressure, Rakuten’s Yoshida said. Chinese retail sales rose 17.7% in April on a year ago, short of forecasts for a jump of 24.8%.

China’s crude oil throughput rose 7.5% in April from the same month a year ago, but remained off the peak seen in the last quarter of 2020.

“With growing concerns over the spreading pandemic in Asia, Brent prices are expected to stay in a trading range this week, with support expected at around $63 a barrel,” said Kazuhiko Saito, chief analyst at commodities broker Fujitomi Co.

In the Middle East, Israel and Gaza’s ruling Hamas militant group faced mounting international calls for a ceasefire in hostilities that entered their second week on Monday with no end in sight.

“As long as the fight does not spill over to oil-producing countries in the region, there will be limited impact on the oil market,” Fujitomi’s Saito said.