The apex bank stated in its ‘2018 Annual Activity Report‘ released on Wednesday.

The bank attributed the decline to the government’s preference for foreign borrowing because of attractive rates than the local market.

Breaking down the debt stock, the government borrowed N9.12 trillion or 73.41 percent of the total domestic debt through FGN bonds.

“The increase in the cost of debt servicing in 2018 was attributable to the coupon payments of new instruments (such as FGN Sukuk, Green bonds and FGN Savings bonds) that were issued late in 2017,” the bank stated in the report.

FG Foreign and Domestic Debt Stocks as at December 31, 2018 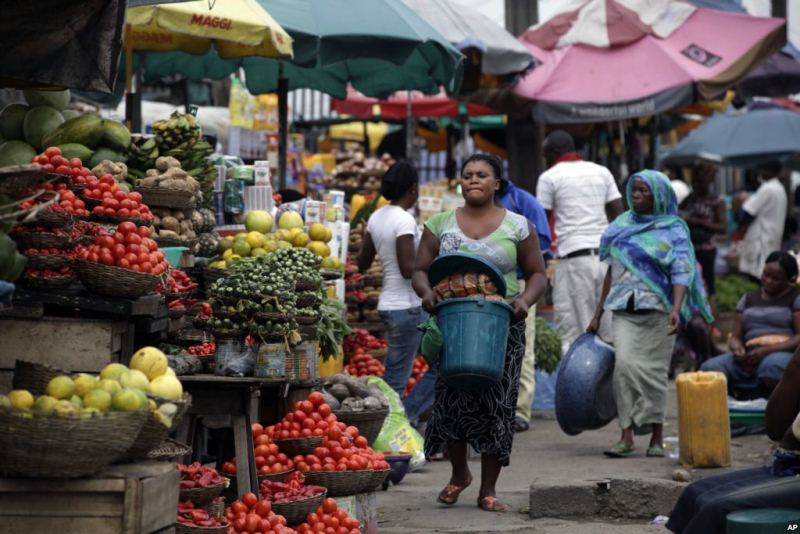 Also, herders and farmers clashes across key food-producing states have disrupted food production and escalated prices of locally produced food items. Suggesting that the highly unemployed population with low wages will continue to cut down on purchases.

A situation that if persists will plunge retail sales, economic productivity, new investments, new job creation and drag the nation back into recession.

Despite efforts to stimulate growth following COVID-19 disruption, the Central Bank of Nigeria has failed to drive economic activities with lower interest rates of 11.5 percent as many investors are either looking into fixed income market, stocks, or the now restricted cryptocurrency.

Food prices rose by 18.58 percent year-on-year in April, representing a 0.65 percent increase from the 17.93 percent reported in March.

On monthly basis, food prices increase by 0.99 percent in April, down by 0.91 percent 1.90 percent recorded in March,

Nigeria may be saving about $100million annually with local manufacture of electronics card as bank cards alone gulp about $36 million.

This was disclosed by Bayo Adeokun, the Managing Director of Electronic Payplus Limited, one of the few electronic card manufacturing firms in sub-Sahara Africa.

Speaking to some media operatives last week at the backdrop of commencement of operations at its multimillion dollar new manufacturing installations, Adeokun stated: “Bank cards alone is about $36 million every year prior to our intervention. I have not done the cost of a SIM card; I have not done the cost of tax card by Lagos State government for instance and other states that are now coming up with that; I have not talked about the national ID card and I have not talked about the voter’s card. By the time you put everything together in terms of dollar, you will be talking about $100 million savings for the country.”

Calling on the Federal Government to take steps to protect investments in the card industry, he stated further: “In this period that remittances from abroad are going down, crude oil revenue is coming low and all of that the government really needs to make a lot of savings in terms of foreign reserves.”

He also harped on the employment value the industry adds to the economy saying, “Prior to this (commencement of its new production lines) Electronic Payplus had about 100 staff. Now, we are up to 150. So we are also generating employment. I mean, if you look at the nature of Nigeria, those 50 staff, each of them has a dependence, so we are talking of an additional 500 or more that we are catering for.”

Giving details of the company’s new production capacity, he said, “we can do any smart card. So the purpose is to extend it to every area of the economy. I showed you the national ID card downstairs we produce for Nigeria. So we are known to the government. Now, when the present administration came in they said there is no money to finance the production of that again. So they said they want to go into a digital ID card. We are also playing in that space because we have the license.

“We presently enrolled Nigerians in the diaspora. We do local enrollment that is currently ongoing as well. We have the license to produce that. We also are presently working with the Lagos State government because they want to roll out what is called a residency card which is also going to be a payment card. So we are going to service all the industries.

“We are also talking to telecommunication companies on the possibility of supplying their sim cards as well. Also are looking beyond Nigeria. We have customers all over Africa. All the banks in Gambia produce all their cards, for instance. We have customers in Ghana, Guinea, Cameroun, Uganda and Kenya.”

On the impact of the company’s new production facility upgrade, he said, “What we have done is 60 million production cards per annum capacity.

“But the idea is all about improved turn around that we can offer because, today if you give me an order of one million cards, I can deliver it within a week.

I can even deliver 250,000 per day to you. So we believe that that will be a game changer for us, and in addition, we are now able to scale up our capacity utilization as well as market share as quickly as possible.” 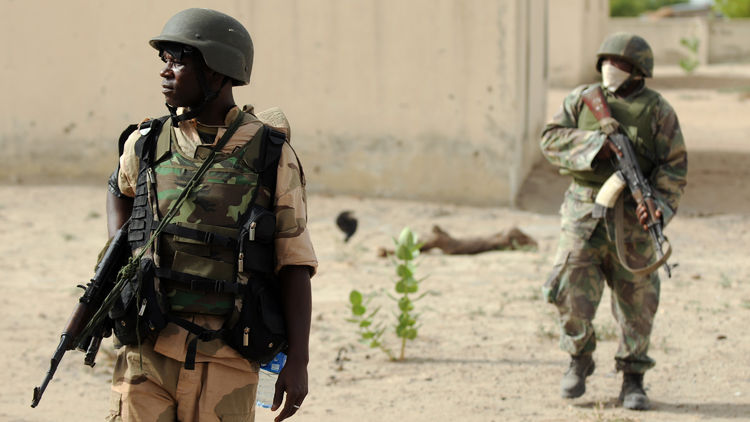 The activities of banditry, Boko Haram insurgency, farmers-herdsmen conflict, separatist agitation and organised violent groups, among others, cost the federation a whopping sum of $10.3 billion in 2020, the Presidential Economic Advisory Council (PEAC) has disclosed.

The economic council gave the figure in a document presented during its sixth regular meeting with President Muhammadu Buhari at the State House, Abuja penultimate Friday, detailing the socio-economic cost of insecurity across the federation.

Buhari had constituted the council under the chairmanship of Prof Doyin Salami to replace the Economic Management Team (EMT), which Vice-President Yemi Osinbajo earlier set up to advise the National Economic Council.

The council cited the grievous consequences of ethno-religious conflicts mostly caused by suspicion and distrust among various ethnic groups and among the major religions in the country.
Examples of such conflicts, as the council documented in its 33-slide presentation, are Boko Haram, conflicts in Southern Kaduna as well as farmers-herdsmen clashes in the Middle Belt, especially Benue State.

The council observed that there was a general consensus of a worsening of the security situation in Nigeria, which it said, included competition for power and ultimately resources, usually around the general election.

Resource based violence, according to the council in its presentation, comprised competition for economic opportunities driven by illegal mining in some states, kidnapping for ransom, Niger Delta militants and pirates and recent farmer-herder conflicts.

The council dissected the dynamics of violent farmers-herdsmen conflict, mainly among groups that peacefully co-existed previously, exacerbated by infiltration of foreigners on the one hand and climate change and environmental challenges on the other hand.

The council analysed the impact of human capital, which according to its slide presentation escalated the population of out-of-school children to over 13 million and significantly reduced life expectancy nationwide.

While it claimed that extreme poverty in the conflict zones was accentuated by conflict, the council observed that the unemployment rate, currently standing at 33.33 percent, had steadily increased since 2014, in line with worsening insecurity, thus adding to the population of persons that had fallen below the poverty line.

Consistent with PEAC’s report, as shown in complementary data obtained from the NBS, the volume of the FDI inflow dropped from $2.28 billion in 2014 to $1.03 billion in 2020, accounting for 54.83 percent.

Ethereum CEO Vitalik Burns $6.6B Worth of Shiba Inu Tokens