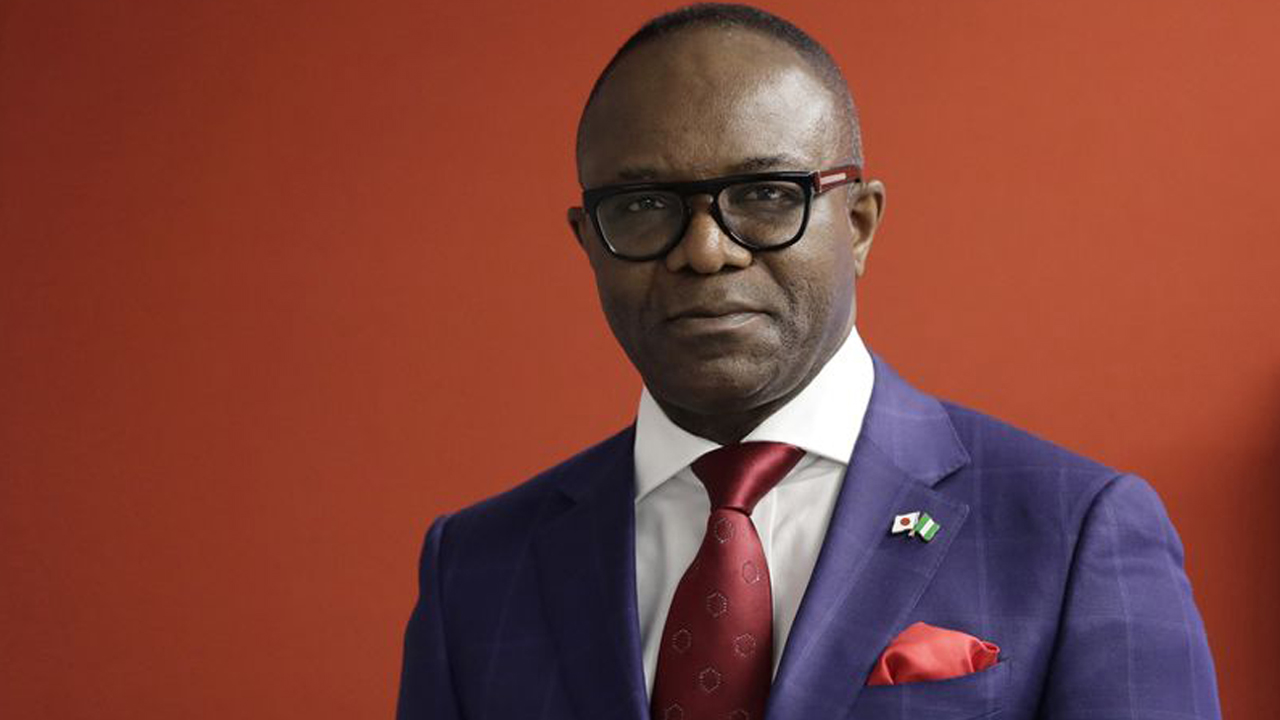 The Federal High Court in Abuja has granted leave permitting a civil society group, Kingdom Rights Foundation International, to commence a suit which centres on allegations of money laundering, operation of a foreign bank account, corruption and assets declaration irregularities against the Minister of State for Petroleum Resources, Dr Ibe Kachikwu.

An enrolled order of the court bearing the stamp of the Federal High Court and the signature of the registrar with October 15, 2018 date, showed that Justice Folashade Ogunbanjo made the order on October 10.

The plaintiff, KHRFI, through its ex parte application filed on August 23, 2018, had sought the court’s leave to commence a suit seeking Kachikwu’s probe for the various allegations.

Kachikwu was sued alongside the Ministry of Petroleum Resources, the Code of Conduct Bureau, the Economic and Financial Crimes Commission, President Muhammadu Buhari, and the Attorney General of the Federation, Mr Abubakar Malami (SAN).

The plaintiff asked the court, in the substantive suit, to conduct a judicial review of the administrative action/inaction of the defendants to perform their constitutional and statutory mandates and obligations in connection with the investigation and prosecution of Kachikwu.

Granting the request in her ruling, Justice Ogunbanjo held, “Leave is granted to the plaintiff/applicant to commence action for judicial review of administrative action/inaction to perform their constitutional and statutory mandate and obligation under section 174(1), (2), and (3) of the 1999 Constitution, sections 3 and 24 (2) of the Code of Conduct Bureau and Tribunal Act, CAP C15, Laws of the Federation 2004, and in section 5(1) of the EFCC Act, to investigate and prosecute Dr Ibe Emmanuel Kachikwu, on allegations of money laundering, operation of foreign bank account while occupying a public office, corruption, false declaration of assets, perjury and abuse of office, contrary to the Code of Conduct for Public Officers provided under paragraphs 1, 2 and 11(1) and (2) of the Fifth Schedule, Part I of the 1999 Constitution of the Federal Republic of Nigeria (as amended).”

The judge also made an order deeming the plaintiff’s originating summons (the main suit) filed alongside the ex parte as “properly filed under Order 34 Rule 5(1) of the rules of the court.”

But the judge declined to grant the applicant’s request that Kachikwu should be served with the court papers through “the most senior staff member in the registry of any staff member of the ministry.”

Rather, the court ruled that “the first defendant (Kachikwu) is to be served personally.”

The judge then fixed October 24 for a report of service.

In the substantive matter, the plaintiff asked the court to compel “the 3rd, 4th and 6th defendants to immediately investigate and prefer a criminal charge against Dr Kachikwu Ibe Emmanuel (the Hon. Minister of State for Petroleum) for breach the Code of Conduct for public officers provided for in the Constitution.”

Alleging that Kachikwu had put himself in a situation “where his personal interest conflicts with his official duty” the plaintiff urged the court to compel, “the President of the Federal Republic of Nigeria (5th defendant in this suit) to immediately suspend Dr Kachikwu Ibe Emmanuel as the Hon. Minister of State for Petroleum” on the various allegations.

Some of the assets which the plaintiff accused Kachikwu of declaring anticipatorily included N1.35bn in Nigerian banks as well as $1.2m and £100,000 in foreign banks.

It also queried Kachikwu’s declaration of two cars and one boat worth about N300m and $800,000.

The group alleged that Kachikwu falsely declared to own a duplex at House 50, Road 3, Victoria Garden city, Lagos, which was acquired at the cost of N100m with the total income of N50m.

The plaintiff alleged that the land on which Kachikwu claimed to have the duplex “is an empty land with absolutely no economic or commercial activity taking place therein.”

It added, “He deliberately did not declare the postcode and deliberately misspelt the word to mislead investigation into the property.”

Other allegations included, “failure to resign as Director in these companies, while at the same time serving as the Group Managing Director of NNPC as well as Minister of State for Petroleum, in violation of paragraph 2 (b) of the 5th schedule to the Constitution.

“Non-declaration of wife’s and unmarried children’s’ assets as required by law by falsely declaring that he is divorced. The two women he claims to have divorced are still shareholders with a substantial interest in many of Dr Kachikwu’s companies, such as Beverly Cops & securities Ltd., Intel & Data limited, Flame Petroleum &Gas Ltd., True Tales Productions Ltd., and True Tales Event Management Ltd.”

“Criminal anticipatory declaration of assets and properties which do not belong to him and many others not identifiable at the land registry of the various jurisdictions where he declared them to purportedly exist.”