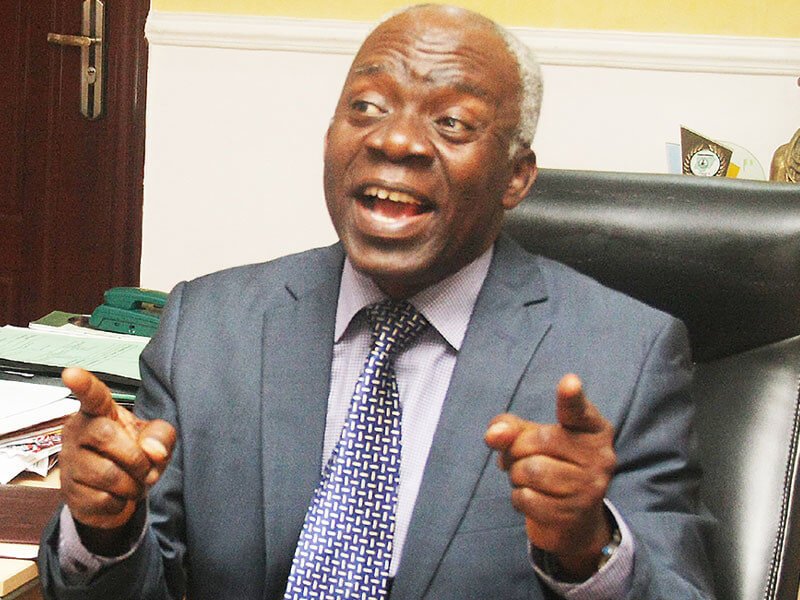 He argued that since the power of the anti-graft agencies and the courts to place criminal suspects on watch list or subject their passports to temporary seizure has never been in doubt, “the directive to place the 50 high profile suspected persons on watch list and restrict their movement is highly superfluous, completely unwarranted and totally uncalled for”.

The rights lawyer said the travel ban “is an ingenious design to expose the Buhari administration to ridicule”.

Falana added that since the high-profile suspects covered by EO6 had been placed on a watch list and their passports seized by either the anti-graft agencies or the courts, the travel ban slammed on them by President Buhari ought to be withdrawn without any delay.

Falana said the travel ban was a sad reminder of the placement of political opponents on security watch list and seizure of their passports by the defunct military junta.

He noted that a Federal High Court last week upheld the constitutional validity of the Executive Order 6 (EO6) issued by Buhari on July 5.

The lawyer added that the government, acting on the ruling, directed the Nigeria Immigration Service and other security agencies to place no fewer than 50 high-profile persons directly affected by EO6 on watch-list and restrict them from leaving the country pending the final determination of their cases.

He said even though the names of the “50 high profile persons” have not been published by the Federal Government, they are presumed to be either standing trial in the various high courts or being investigated for corrupt practices by the anti-graft agencies.

“If the Federal Government had done some background checks, it would have discovered that the names of the 50 VIPs have long been placed on a security watch list while their passports have been impounded by the anti-graft agencies or the courts as one of the conditions for admitting them to bail.

“It is public knowledge that whenever the defendants wish to travel abroad for medical treatment, they usually apply for the interim release of their passports.

“Since the courts have taken judicial notice of the perilous state of medical facilities in the country, such applications are usually granted. And once the suspects return from the foreign medical trips, their passports are returned to the registry of the trial courts,” he explained.

Falana, however, regretted that indigent accused persons standing trial for stealing, fraud or other economic crimes are not entitled to such a privilege because they have no money to acquire passports not to talk of paying for foreign trips and medical treatment abroad.

Notwithstanding such judicial indictment of politically exposed persons seeking medical treatment during trial, he contended that the law has not authorised the executive to restrict the movement of criminal suspects.

He counselled the Buhari administration to wage the war against corruption within the ambit of the rule of law.

SERAP said the order, “without any legal basis and a judicial authorisation, is clearly arbitrary, repressive and illegal, as it breaches constitutional rights and the country’s international obligations, which protect the rights to freedom of movement, to leave one’s country, to privacy, and to due process of law.

”A travel ban by its nature is an interference with the right to leave one’s country. It is neither necessary nor proportionate to prevent dissipation of stolen assets or stop politically exposed persons (PEPs) from tampering with any such assets.”

In a statement by its National Publicity Secretary Akinloye Oyemiyi, the ANN said: ”We know that Section 41 of the 1999 Constitution as amended legally guarantees the right to freedom of movement to all Nigerians and this right can only be tampered with by established laws as enshrined in the Section 45 of the same constitution and not by any draconian executive order targeted at political opponents by a president that is scared of electoral defeat.”

A former Minister of Aviation, Chief Femi Fani-Kayode, said he was not bothered about a travel ban.

He said: “I could not give a damn that my name is on the list of 50 members of the opposition and prominent Nigerians that have been placed on a travel ban because nothing that Buhari does surprises me.

“I have not left Nigeria since 2008 because my passport has been with the EFCC and the courts for the last 10 years and they have refused to give it to me and allow me to travel.

“Those on the travel-ban list that need to travel abroad for medical attention or to see their loved ones are the ones I feel sorry for.”