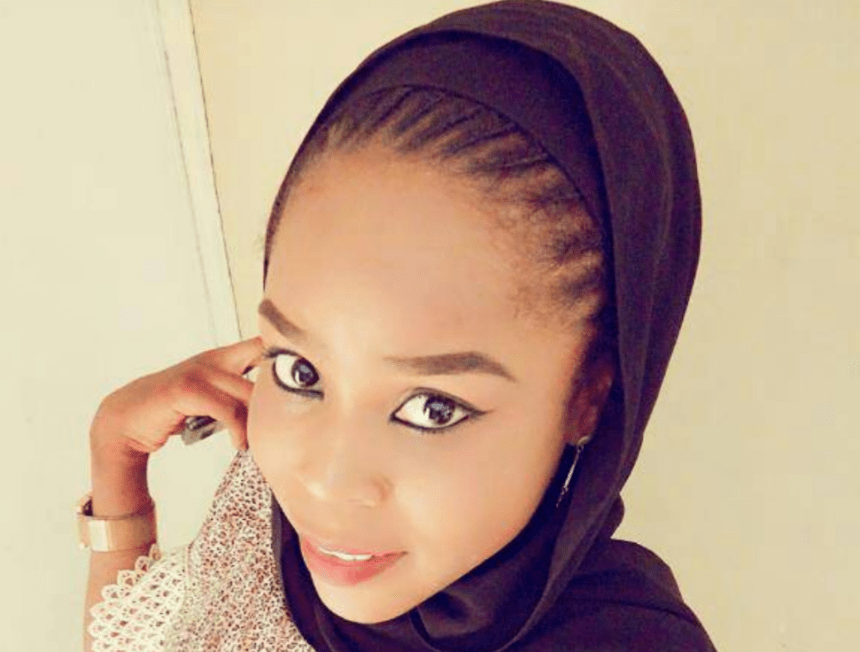 Nigerians were thrown into sorrow yesterday as news broke of the execution of Hauwa Mohammed Liman, an aid worker with the International Committee of the Red Cross (ICRC).

She was reportedly forced to kneel down, hands tied, and shot at close range.

While Leah was kidnapped on February 19, 2018 alongside dozens of her schoolmates in Dapchi, Yobe State, Liman and her colleague, Loksha, were seized in Rann, Borno State, on March 1, 2018.

The nation waited with bated breath as the deadline by ISWAP for the execution of Liman and Alice passed yesterday. Online media however reported that only Liman was killed.

The group said Leah and Alice “are now our slaves. Based on our doctrines, it is now lawful for us to do whatever we want to do with them.”

Leah’s mother, Mrs. Rebecca Sharibu, had recently made a passionate appeal to the Federal Government to ensure her daughter’s release.

At a meeting organised by Rev. Gideon Para-Mallam, founder of the Citizen Monitoring Group (CMG), in Plateau State, she said the abductors issued a threat that her daughter would be killed by the second week of October, if government fails to meet their demands.

She however did not disclose the demands, saying the negotiation was between the Federal Government and Boko Haram.

Hope that the Federal Government might secure the release of the kidnapped persons began to fade after Segun Adeyemi, the special assistant on media to Minister of Information Lai Mohammed was asked for an update on government’s efforts. “No news,” he replied simply.

Attempts to reach Mohammed were also unsuccessful, as he failed to pick his calls or respond to a text message.

News of the killing had not yet broken at the time.

Following the death however Mohammed issued a statement, saying: “It is very unfortunate that it has come to this.

Before and after the deadline issued by her abductors, the Federal Government did everything any responsible government should do to save the aid worker.

“As we have been doing since these young women were abducted, we kept the line of negotiations open all through. In all the negotiations, we acted in the best interest of the women and the country as a whole.

“We are deeply pained by this killing, just like we were by the recent killing of the first aid worker.

However, we will keep the negotiations open and continue to work to free the innocent women who remain in the custody of their abductors.”

Earlier yesterday, ICRC spokesperson, Aleksandra Matijevic Mosimann, who said the organisation was passing through “trying moments”, had told The Guardian via email: “The deadline of one month was given on 16 September, when our colleague Saifura, abducted at the same time as Hauwa and Alice, was brutally murdered by her captors.

We are not sure of the exact time or hour when it expires, but are extremely worried for lives of the Hauwa and Alice.

We are in close contact with Hauwa’s family, whose anxiety grows by each passing hour. This is an utterly terrible situation to be in.”

She said: “The abduction of the three healthcare workers and the murder of Saifura will certainly have an impact on our capacity to deliver much needed aid to people affected by the armed conflict in the north east of Nigeria.

Nevertheless, we remain committed to continue responding to the tremendous humanitarian needs in what remains one of the largest humanitarian crises of our time in Africa, while doing everything possible to ensure the safety of our teams.”

Asked to comment on government’s response as the deadline drew near, Mosimann answered: “The Nigerian government has assured us of their full commitment to the resolution of the crises.

Since March 1, the ICRC has repeatedly made representations to the government of Nigeria about the abducted healthcare workers, at different levels.

ICRC Director of Operations met with the Vice President of Nigeria to discuss the plight of the hostages and severe challenges faced by humanitarian workers in north eastern Nigeria in September.”

On its website, on Sunday, the ICRC had appealed to “the Nigerian government and to communities and individuals with influence to work toward the release of two committed medical workers abducted in north eastern Nigeria earlier this year.

Speed and urgency are critical. A deadline that could result in the killing of another healthcare worker is less than 24 hours away.”

To ISWAP, the ICRC said: “We urge you for mercy. We urge you to not kill another innocent healthcare worker who was doing nothing but helping the community in northeast Nigeria.”

Nigerians meanwhile have been reacting to the sad news.

“I join Nigerians and the international community in condemning the murder of Hauwa Liman – an aid worker with ICRC, by Boko Haram.

My colleagues and I in the Nigerian Senate remain committed to continuing working with our Armed Forces to find a lasting solution to these senseless killings by insurgents and improve our security infrastructure,” said Senate President Bukola Saraki on his Twitter page.

I implore the Federal Government to deploy every reasonable tool at its disposal to bring Leah Sharibu and all the children in Boko Haram captivity home.”