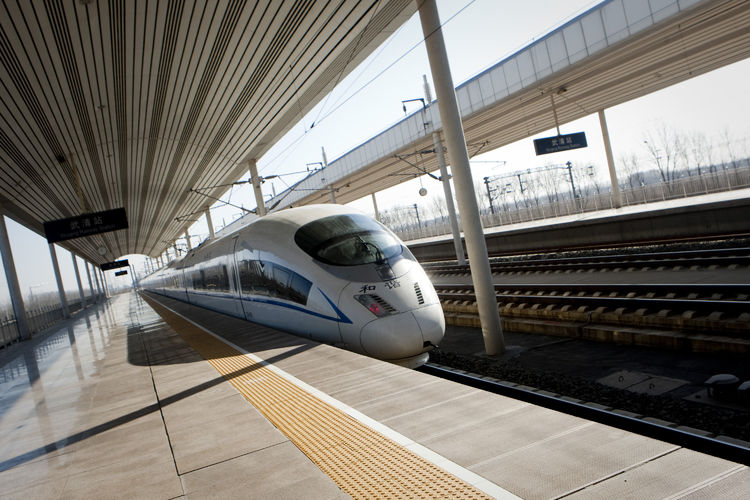 Last Thursday’s inauguration of the Abuja Light rail was a landmark. It was the first intra-city standard gauge shuttle service by any government, a promise fulfilled by the Muhammadu Buhari-led administration.

It is no fluke that the rail system was kicked off in Abuja, which, according to the National Population Commission (NPC), is the fourth most populous city in Nigeria, after Lagos, Kano and Ibadan, growing at the rate of 7.1 percent, that could overtake them by the turn of the decade.

With this growth index, it is not out of place to have competing modes of transport like the urban mass transit, taxis, tricycles, popularly called Keke NAPEP,l and motorcycles. The modern railway system would further add to the mix, making livability index of the city more intriguing.

Workers go from satellite towns, such as Kubwa, Gwagwa, Kuje, Mpape, Kasrshi, Gwagwalada, Suleja, Kwali, Mararaba, and Karu to the city centre daily. The result is a congested city centre that has distorted the city’s original plan.

To solve the problem and reduce travel time of about 40 minutes from any of the satellite towns to the city, the light rail system was conceived as apart of the city’s masterplan in 1977. It was intended to form the spine of public transport system in the Federal Capital Territory (FCT).

The Abuja rail mass transit system was designed primarily to move people within and between the satellite towns.

The commuter rail is, therefore, crucial for sustainable integration of the satellite towns into the metropolitan transport.

To facilitate the development of the rail mass transit, it was phased based on demand and financial resources. The system was designed to integrate with the National Rail Network. Divided into six lots, and has a length of 290 kilometres.

They are Lot 1A (23km) from Idu to Kubwa, and 1B (26.78km) from Ring Road I through to Gwagwa. Lot 2: from Gwagwa via interchange centre to Nyanya/Karu (51km); Lot 3: From Transportation Centre via Idu Industrial Zone to Nnamdi Azikwe International Airport (27.245km); Lot 4:From Kuje Satellite town to Karshi Satellite town with the remaining legs of the Transit way line 2; (90km) Lot 5:From Kubwa via Bwari to Suleja (31km) and Lot 6: From Airport via Kuje and Gwagwalada to Dobi (43km).

The project was awarded to CCECC Nigeria Limited on May 23, 2007, but work started two years later. The revised contract sum was $823,540,545.87 for the double track rail line. Though the original date of completion was May 28, 2011, the contract was revised again on the August 24, 2014 with the completion date W slated for last December 31.

The segments, which were inaugurated were Lots 1A and 3, covered only 45.245km. This shows that only 16 percent of the rail network has been covered.

The administration, which met the project at 63 percent completion, lauded itself for completing it within the revised time frame, though with about six month’s extension.

FCT Transportation Secretary, Kayode Opeifa said: “There should be no politics with this. This project took eight years to get to 63 per cent; it was almost becoming an elephant project if not for the seriousness and commitment of the government to finish it. When oil was selling at N110, they never finished it. It is not about politics. While we commended the past government for initiating and driving it, the truth is that the past administration had all the opportunities in the world to complete this project, but it was not properly managed. We don’t have time for politics and what is important is that we met it at 63 per cent after eight years and we completed it within three years.”

Inaugurating the project, a very pleased President Buhari described its completion as a dream come true. He praised the Minister of FCT for a job well done.

He said: “This accomplishment clearly demonstrates our commitment to addressing critical infrastructural projects and keeping with the ideals of the Change Agenda to ensure prudence in the management of public resources, value for money considering the huge investments in this project. Transportation is the live wire of any city. I am very optimistic that a modern rail service would bring about a boost to the FCT economy and greatly enhance social life. I am aware that what we have on ground today are coaches meant to provide skeletal services as we await the main set of the rolling stock for full operations.

“I have been briefed on the outcome of the Ministers of FCT and Finance’s recent visit to China, during which the MoUs and agree-ments for the procurements of the main rolling stock were signed. May I, therefore, assure Nigerians of Federal Government’s continued support for all the negotiations towards the realisation of the Abuja Light Rail system. What we have in the Federal Capital Territory is another evidence that we are a government that delivers on its promises. I have observed keenly other milestones that this Administration has achieved, especially in the areas of education, public utilities and infrastructure development.

“I commend the efforts of the Minister of FCT as well as the support and patience of the residents, while we are working to improve the city’s transportation service. I am thankful to the Government and people of China for their investment in the Nigerian economy. I commend the CCECC Limited – the contracting firm, for the quality of work and timely delivery of this project.

“Let me place on record the Nigerian government’s appreciation to the Government of China and the EXIM Bank of China for their support on this and many other projects being executed in the country. This gesture further cements the existing cordial relations and developmental partnership between Nigeria and the People’s Republic of China. I would also like to thank our Nigerian consultants, Messrs Transurb Technirail Consult Limited for their services.”

The President urged the management of the rail services to, “ensure efficient operations, good customer service and maintenance culture of the rail.”

Opeifa also hinted that the rail system would provide 100,000 direct or indirect jobs for Abuja residents. He said in line with international best practices, the FCTA administration was determined to ensure that the rail system was affordable to residents. He maintained that the administration would make the 12 rail stations attractive to users to earn more money, especially for those living around the stations. As part of the attraction, passengers, he said, would enjoy two weeks of free ride on the train.

On the next phase of the project, the FCT Minister Muhammad Bello said the Federal Executive Council (FEC) had approved $1.3 billion for the construction of a standard gauge, which would cover 32.54 km from Nnamdi Azikiwe Expressway(Garki Area l) – Gwagwa – Gbazango Station to Kubwa.

“The Federal Executive Council approved the project in 2017 for construction by CCECC at a cost of US$1.3 billion. We hope that the Minister of Finance would consider putting this key project in the next borrowing plans, we hope that the Minister of Budget and National Planning would agree to it, and that the National Assembly would approved it and that China Exim Bank would fund it as a mark of goodwill for the cordial relationship between our two countries,” Bello asserted.

Though he could not ascertain when the entire rail projects would be completed, Bello expresses the hope that his successors in office would give priority to rail system as a critical means of mass transportation.

He said the FCT Administration has concluded with Exim Bank of China for the supply of coaches, including their maintenance for three years at a cost of $194 million. The coach presently used has the capacity to carry 390 passengers.

He said the Exim Bank of China would fund the project with $157 million or 85 per cent, while FCTA would bring in a counterpart fund of $37million (15 per cent).